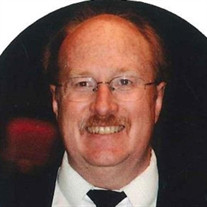 Paul Earl Duerden, 68, of Orem, Utah, passed away on April 29 after a brave battle with a rare illness he was not destined to win. He was called home instead to be our loving Angel and forever Father, Grandfather, and not least of all Husband.... View Obituary & Service Information

The family of Paul Earl Duerden created this Life Tributes page to make it easy to share your memories.