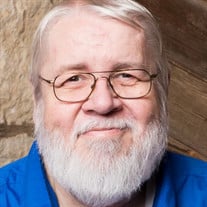 Paul Anthony Jensen March 20, 1956 – December 2, 2018 Paul Anthony Jensen died in his home on December 2, 2018 after a long battle with cancer, he was 62 years old. Paul was born on March 20, 1956 in England to Julia Dicks and Ingolf (Erik) Jensen. In 1963 the family moved to Denmark where Paul remained until 1975 when he moved to the United States to gain an education and prepare to serve a mission for the Church of Jesus Christ of Latter-day Saints. From 1977-1979 he served his mission in the Toronto, Canada area. He married Gloria Hyatt for time and all eternity in the Cardston, Alberta Temple on October 25, 1980. They made their home in West Valley City, Utah. Together they have 2 children Lucas and Miranda. Paul spent his years working hard to provide for his family while enjoying his hobbies of remote control airplanes and model railroading. He enjoyed frequent parties surrounded by family, friends and food. He is survived by Gloria; his wife, Lucas; his son, Miranda & Andrew Emrazian; his daughter and son-in-law, Cora, Keke and Gemma; his granddaughters, Judith and Gordon Sorensen; his sister and brother-in-law, Andrew; his brother, and numerous nieces and nephews. He is preceded in death by Erik and Julia; his parents, Rebecca McAllister Jensen; his daughter-in-law and David; his nephew. Funeral services will be 11:00 am, Saturday, December 8, 2018 at the Granger West Stake Center, 3901 West 2925 South, West Valley City, Utah with a viewing prior to services from 9:00 to 10:45 am. A graveside services will be held at a later date. The family wishes to extend a special thank you to Scott Samuelson M.D. and the Utah Cancer Specialist team for their excellent care.

The family of Paul Anthony Jensen created this Life Tributes page to make it easy to share your memories.