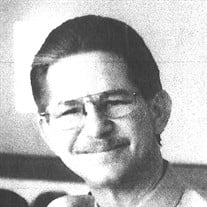 Paul Robert McDonald, Holladay, Utah was born on Father’s Day, June 19, 1955 in Nampa, Idaho. He was named for both his Grandfathers and his Father. Paul struggled with juvenile diabetes from the age of 7 and with other health issues in later years. He was always a fighter. He was a loving and generous father, son, grandfather, brother and friend. Paul passed away peacefully in his home on December 15, 2015 with his Mother by his side. He had a strong passion for motorcycles and took every opportunity to get on his #5 Suzuki. He was a 5x State Champion in hill climb, flattrack, motocross and desert. His love for motorcycles took second only to his love for his family. Paul helped to raise three wonderful men; Chad (36), Robert (30) and Christopher (29). He spent his time teaching them to ride motorcycles, coaching numerous Jr. Jazz, as well as other sports teams and tutoring them on their schoolwork. He was always their #1 fan. Paul graduated from Viewmont High School in Bountiful, Utah in 1973 and from the University of Utah in 1985 with a Bachelor’s Degree in computer sciences. He worked closely with Dr. Peter Heilbrun in the Division of Neurosurgery Department at the University of Utah and with Dr. Jack Walker at Primary Children’s Hospital. During his 15 years there, he developed many patents for Stereotaxic Surgery and Guidance Systems. He married his wife, Debbie McKinnon, in 1983 and she remained his best friend up until his death. He is survived by Debbie, his Mother, Dorothy Willhite, his three sons; Chad (Dustie) McDonald, Robert McDonald, Christopher McDonald (Kaylee Whitehead), two grandchildren; Sydney (9) and Benjamin (7), sister, Annie (Carl) Schmidt, numerous nieces and nephews and many lifelong friends. He is preceded in death by his Father, Robert Benjamin McDonald, Brother, John Eugene McDonald and his Grandparents. He will be extremely missed by all who knew him. Dad, we will miss you and love you always! A viewing will be held on Saturday December 19, 2015 at Christ United Methodist Church 2375 E. 3300 So. from 9:30 a.m.-10:45 a.m. Funeral services will follow at 11:00 a.m. Graveside services will be at Lakeview Cemetery 1640 Lakeview Drive Bountiful, Utah following the funeral.

Paul Robert McDonald, Holladay, Utah was born on Father&#8217;s Day, June 19, 1955 in Nampa, Idaho. He was named for both his Grandfathers and his Father. Paul struggled with juvenile diabetes from the age of 7 and with other health issues... View Obituary & Service Information

The family of Paul Robert McDonald created this Life Tributes page to make it easy to share your memories.