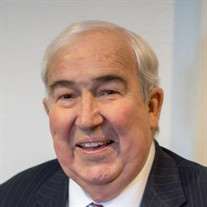 Paul J. Walton February 26, 1945 – December 31, 2017 On Sunday morning, surrounded by his loved ones, our sweet husband and father returned home after his courageous battle with cancer. Paul was born in Montpelier, Idaho and later graduated from Bonneville High School in Idaho Falls. He served a faithful mission in the Central States and later graduated from BYU. On June 23, 1972, Paul married the love of his life, Diane Wilde in the Idaho Falls temple. In a letter Paul wrote to his family to commemorate his 70th birthday, he called marrying Diane “the greatest thing I ever did in my life.” Together, they raised seven beautiful children over the next 45 years. Paul was a stalwart member of the Church of Jesus Christ of Latter Day Saints and served in a variety of capacities including Bishop of the Murray 10th Ward, Service Missionary to the SLC Jail, serving on the Stake High Council and Scout Master. But, above all, the role most dear to him was that of loving husband, father and grandfather. Paul was happiest when surrounded by his family. Throughout his battle with his illness, Paul exemplified grace. He never complained about his challenges and always looked forward to tomorrow being a better day. He quickly turned any inquiries about his own well-being into a discussion about the welfare of others. Paul loved his Heavenly Father and Savior and had a strong testimony that he demonstrated both in word and deed. He was a man of quiet action whose life exemplified the teachings of the Savior. He leaves behind a legacy of a love for the scriptures, obedience to the Gospel, commitment to family, kindness, hard work, a wonderful sense of humor and a deep humility. He is survived and will be profoundly missed by his loving wife, Diane, his seven children Jason (Danie) Walton, Kathryn (Steve) Miller, Jared (Amber) Walton, Jacob (Christine) Walton, David (Jen) Walton, Ashley (Shane) Augason and Amber Walton, sixteen grandchildren, Taylor, Meganne (Austin), Cody, Caleb, Wade, Lily, Ethan, Grace, Logan, Mollie, Eliza, Jack, Lucas, Eric, Olivia and Owen, a brother, Gary (Marsha) Walton, and so many others who had the privilege to know him. A viewing will be held on Saturday, January 6th from 11 a.m. – 1 p.m. followed immediately by a funeral service at 1 p.m. at the LDS Chapel at 5750 S. Nena Way, Murray.

Paul J. Walton February 26, 1945 &#8211; December 31, 2017 On Sunday morning, surrounded by his loved ones, our sweet husband and father returned home after his courageous battle with cancer. Paul was born in Montpelier, Idaho and later graduated... View Obituary & Service Information

The family of Paul J. Walton created this Life Tributes page to make it easy to share your memories.