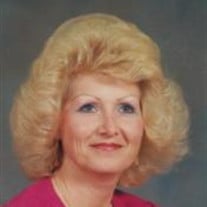 Our dear mother, grandmother, sister, and friend Paulette Spencer Howard passed away peacefully at her home on September 5, 2013 at the age of 64. She was born February 23rd 1949 in American Fork, Utah to Emanuel and Lucille Pulley Spencer. The oldest of five children, Paulette attended American Fork High and later graduated from Cosmetology School. Paulette married Jack Val Hamilton and together they had three children; Lori Ann, Shane Val and William David Hamilton. Several years after ‘Daddy Val’s’ passing, she married John Howard and together they had Ashley Nichol Howard. Paulette had a wonderful talent for crafts. Many times you would find her working long into the night making crafts for Christmas and other family events. She also enjoyed traveling and birding, even turning her yard into a sort of bird sanctuary…..chick-a-dees were her own personal favorite, for she called them disguised angels - but most of all she enjoyed her family, especially her grandchildren, for they were what kept her going for such a long time. That and her complete adoration for Christmas, and all things hallmark. Paulette is lovingly remembered by her children; son Shane Hamilton, son William (Jeannie) Hamilton and daughter Ashley (Jason) Wright; brothers Marlin Spencer, Jeffery Spencer and sister Sandra Batty. She is also survived by six wonderful grandchildren; Logan, Jessica, Alyssa, Calvin, Zachary and Lucy. Paulette is preceded in death by, her daughter Lori Ann, her mother and father and her brother Sean Peart. Paulette was greatly loved and will be missed. We are happy for her to be with those loved ones who have been waiting for her loving spirit to join them. A Funeral Service will be held on Monday, September 9th at 11:00am at the Church of Jesus Christ of Latter Day Saints located at 1560 South 1100 West Provo, Utah. A viewing will held at the same church on Sunday September 8th from 6 to 8pm. Family and friends may visit with the family prior to the funeral service from 9:45am to 10:45am. An internment will follow at the Provo Cemetery. The family would like to thank Dana and Patricia with CNS Hospice services for going above and beyond while taking care of our mother.

Our dear mother, grandmother, sister, and friend Paulette Spencer Howard passed away peacefully at her home on September 5, 2013 at the age of 64. She was born February 23rd 1949 in American Fork, Utah to Emanuel and Lucille Pulley Spencer.... View Obituary & Service Information

The family of Paulette Howard created this Life Tributes page to make it easy to share your memories.