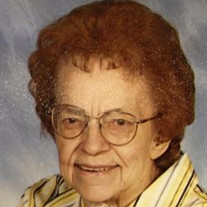 Pearl LeNola Dale Hansen Our beloved Mother, Grandmother, Great Grandmother and friend passed away at her home on Sunday, March 23, 2014. Mom was 92 years young and remained witty and feisty until the end. We were fortunate as her family to spend her last few months with her. Mom was born on February 3, 1922 in Salt Lake City, Utah to Bertha Edwards and Arthur Ludvick Dale. She was the youngest of 4 siblings that included (in order) Harold, Afton, and Vern. Much to her Mother’s chagrin Mom was a tomboy that preferred her brother’s overalls to her dresses. Mom graduated from South high school and LDS Business College. Mom proudly joined her brothers and served in the WAAC in World War II. She was proud of her 6 ft. height and claimed to be the tallest women in the army. Mom married George Redmond in 1945 and together they had one daughter, Sheila Gail. They were later divorced. Mom married Clardon Euray Larson in 1953 and they had 2 children, Lawrence Lorenzo and Karen Lynne.   Euray passed away in 1963. Euray was Mom’s true love and she was eventually sealed to him for time and all eternity. Mom married Robert Clardon Hansen in 1964. They were later divorced. Mom raised 3 children on her own working however many jobs it took to provide a good living for her family. We never went without. Mom was an accountant by trade working for Bonneville News Company, Challenge Cream & Butter, Pullman Tailors and retiring at 7-Eleven at the age of 83. Mom served an LDS mission in Fresno, Ca. and loved the gospel with all her heart. Mom loved to travel and visited Hawaii, Alaska, Mexico, Europe and all 48 continental states. Her love for learning never waned as she attended BYU Hawaii in her 70’s and taught herself MS Word at 89 years old and published her life story. She loved the mountains and we spent many weekends each summer camping as a family. Mom loved her Grandkids and was actively involved in their lives to the end. She was preceded in death by her parents, siblings, and husbands. Mom is survived by her children, Sheila Gail Redmond, Larry (Karen) Larson, Karen (Larry) Halliday, 15 Grandchildren, 18 Great Grandchildren and her little dog Lexie. We would like to thank Angel’s Crossing Hospice with a special thanks to Claudia, Mom’s aide and friend to the end. Services will be held at Granger Ward House, 2850 West 3835 South, West Valley City, UT. Viewing will be held Thursday, March 27, 2014 from 6 to 8 PM, Funeral services will be held Friday, March 28, 2014, at 11 AM with a viewing 1 hour prior. Interment will follow the services at Elysian Gardens, 1075 East 4580 South, Salt Lake City, UT.

Pearl LeNola Dale Hansen Our beloved Mother, Grandmother, Great Grandmother and friend passed away at her home on Sunday, March 23, 2014. Mom was 92 years young and remained witty and feisty until the end. We were fortunate as her family to... View Obituary & Service Information

The family of Pearl Dale Hansen created this Life Tributes page to make it easy to share your memories.