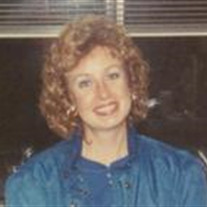 Obituary Peggy Jo Westfall passed away on July 9th at the age of 64 after a brave battle with breast cancer. She is survived by many family and friends. Peggy was born on October 9th, 1947 in Oakland California. She graduated from San Lorenzo High School in Hayward, California in 1965. After graduating, she worked in a variety of jobs, ranging from legal secretary to medical transcriptionist; she had a strong work ethic and was doggedly independent. Peggy was a devout member of the Church of Jesus Christ of Latter-Day Saints and served honorably in many capacities. When her younger sister, Janine, moved her family from California to Utah, Peggy followed, even though it involved great financial sacrifice. Peggy loved animals, and was the devoted caretaker of many cats, dogs, and birds. Despite many challenges, Peggy remained active in her church, continuing to study and serve, drawing comfort from her faith. She also had a silly side and quirky sense of humor, often laughing at the absurdities of life. Her beautiful home brims with examples of her talents in sewing, quilting, and other personal crafts. Peggy yearned to devote her time more fully to being creative, designing and creating the crafts she loved. Although this dream was not fully realized due to her illness, Peggy continued to find time to work on various projects, including humanitarian work, despite the effects of cancer and its treatments. Peggy was described by her close friend, Vickie, as "the most humble person I know." She frequently undervalued herself, despite keeping close friends over many years, and the affection of siblings, nieces and nephews, and many other family members. She was a person full of creativity, humility, humor, and genuine love and her presence cannot be replaced. It is hoped that the care given to her and the love shown by her large network of loved ones, when her cancer returned, proved to her how special and loved she truly was. She is preceded in death by her mother, Claire (Shirley) Redfield; Father, Willard (Swede) Westfall, and sister Janine Henderson (2007). She is survived by siblings Kathie Robinson and Joel and his wife, Sue Westfall; and nieces and nephews Windy, Sara, Danny (Ashley), Courtney (Jared), Nathan (Teri), Jacob, and Kellie (Jack). A service will be held in her honor at an LDS chapel, 56 S 1300 W, Pleasant Grove, Utah at 11am on Saturday, July 14th. A viewing will be held the at 10:00 at the same building prior to the service. In leiu of flowers, please donate to breast cancer research, treatment and prevention efforts.

Obituary Peggy Jo Westfall passed away on July 9th at the age of 64 after a brave battle with breast cancer. She is survived by many family and friends. Peggy was born on October 9th, 1947 in Oakland California. She graduated from San Lorenzo... View Obituary & Service Information

The family of Peggy Jo Westfall created this Life Tributes page to make it easy to share your memories.

Obituary Peggy Jo Westfall passed away on July 9th at the age...