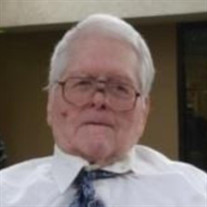 Phillip Arthur Chapman passed away peacefully on September 18, 2020 at 11:45pm at Woodland Park Care Center, in Millcreek, Utah. He was born on July 1st 1941 at the L. D. S. Hospital in Salt Lake City, Utah, to Kenneth Arthur Chapman and Jessie Fowler Chapman. He married Maryann Murri, November 9th, 1967 they divorced in 1998. He worked as an Electrical Engineer and Horticulturalist. He could fix any small electrical appliance, TV, VCR, etc. He could propagate any plant to create hybrids and grow anything. He is preceded in death by his parents Kenneth Chapman and Jessie Fowler Chapman and his sister Linda Chapman Allen and her husband Thomas Allen. Phillip is survived by his brother Stephen Chapman, Stephen’s wife, Beverly Parker Chapman and his brother’s children and his sister’s children. Phillip is also survived by his previous wife Maryann Bowser and their children, Anna Chapman Walter, Cassandra Chapman Diggs, Samuel Chapman, Guy Chapman and his grandchildren Sabrina Chapman, Philip Walter, Melanie Walter, Tyler Chapman, Bailey Chapman Tanner, Mason Chapman, Andrea Diggs, Kylee Murphy, Kianna Murphy, and his great grandchildren Sean Kelley and Naomi Tanner. Phillip lived most of his life in Salt Lake City, Utah. He spent time in California before his first child was born, but moved back to Utah due to a job change. He also lived in Kamas Utah, and Woodland, Utah where he ran a plant nursery and raised his children along with numerous animals. He loved rural living. He lived in West Valley City, Utah from 1991 until he retired 2006 when he became sick and unable to work. He spent his last 14 years at Woodland park care center, in Millcreek, Utah. They were like family to him there. He was laughing and trying to gobble like a turkey at them even up to the end while vomiting. They nicknamed him “Turkey". He will be remembered and missed by everyone.

The family of Phillip Arthur Chapman created this Life Tributes page to make it easy to share your memories.