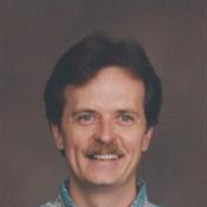 Randall (Randy) Vern Harward, 60, passed away peacefully on June 16, 2013. in Draper, Utah, after a valiant battle with cancer. Randy was born September 13, 1952 in Salt Lake City, Utah to Vern C. Harward and Colleen Elizabeth Best Harward. He married Robyn Hansen on June 13, 1971, later divorced. He then married Cheryl Howard, and later divorced. In 1987, Randy married and spent the next 19 years with Diana Pratt Harward. We believe they are together now. Randy was a Hillcrest High School graduate, a life-long, music enthusiast, and had a deep love of God. He attended “The Rock of Nashville” church for many years in Tennessee. He was loved for his opposing point of view and his amazing musicianship and his HEART THAT WAS THE SIZE OF THE UNIVERSE. He loved playing the drums. He also had an incredible sense of humor. Randy was preceded in death by his wife, Diana, and his sister, Teri. He is survived by his parents, Vern and Colleen, his brother, Steve (Jo), his children, Randy (Nina), Melanie, Blaise (Troy) Glaze, and Courtney (Fernando) Lizjuan, seven grandchildren, and many nieces and nephews. Throughout his battle Randy had many people there to support him and the family. We would like to recognize and extend our thanks to the staff at Draper Rehabilitation Center and Symbii Home Health & Hospice. We are also thankful for the support, assistance and friendship of Randy’s best friend Tess Marshal who was also there for him during his surgery and radiation treatments. Funeral services will be held on Saturday, June 22 at 2:00 PM, at the LDS Chapel on 9800 South 2300 East. A viewing will be held, one hour prior to the services, at 1:00 PM.

The family of Randall Vern Harward created this Life Tributes page to make it easy to share your memories.