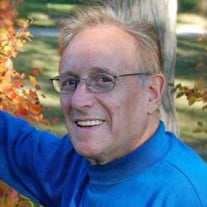 Raul M. Melgar (78) of Salt Lake City, Utah passed away peacefully on Wednesday May 6, 2015 surrounded by his family and grandchildren. Raul was born in Montevideo, Uruguay to Lila Otermin and Andres Melgar on January 5, 1937. He was the oldest of three children. His brother, Douglas Melgar preceded him in death and his surviving sister, Serrana Melgar Yaques still resides in Uruguay. Raul had a lifelong interest in photography and worked as a police photographer in his native country of Uruguay. He was also very passionate about running. One of his biggest accomplishments was as a member of the select Uruguayan track and field team. He shined as a long distance runner, representing his country and competing all throughout South America in 5,000 and 10,000 meter races winning many medals and trophies. Raul was also musically inclined, often spending hours listening to his record collection and playing the piano, guitar, and percussion instruments with friends at his home on the weekends. Tragically in 1972, Raul suffered a devastating injury while working as a volunteer for the LDS church during the construction of a new chapel in Canelones, Uruguay. The accident resulted in a spinal cord injury that left him paralyzed and confined to a wheelchair at the age of 35. Through the coordination efforts of the LDS church, he came to the United States for medical treatment, bringing along his former wife, Cristina Campelo, and their 2 young children Serrana and Steven. Without the support of his extended family and friends, or having a firm grasp of the language and customs, Raul's never ending faith carried him through this very difficult time. Despite this tragedy, his spirit and strong will persevered and his resilience in the face of adversity is something to be admired. Raul devoted 26 years of his life working for the LDS church as a microfilm technician at the Granite Mountain Records Vault. He lived passionately, worked hard to provide for his family, and always kept his affinity for running and athletics in his heart. It gave him great pleasure to share his profound knowledge of sports and fitness with others. He participated in coaching several youth soccer teams as well as track and field. On sunny days, he could be found riding his handcycle around the neighborhood or watching soccer matches at the local Riverside and Rosewood parks. He also loved spending time with his grandchildren; Andre, Clara, and Sofia. He would spend hours while they played at the school playground and also took the time to teach them how to plant tomatoes in the garden. Raul is survived by his sister Serrana Melgar Yaques; his daughter, Serrana Melgar of Seattle, WA, his son Steven (Paula) Melgar; his grandchildren, Zeca Turner, Andre Melgar, Clara Melgar-Zacher, and Sofia Melgar. Raul will be remembered by many for his charismatic nature, infectious smile, great sense of humor, and humility. May his life serve as an example and inspiration to all that no matter the challenges we face in life, we can count on the Lord to help guide us and give us strength to overcome them. ~ Dad: You ran the greatest race of your life and we couldn’t be more proud of what you have accomplished. May you continue running in the presence of our dear Heavenly Father. We love you. The family wishes to extend their gratitude to the caring and attentive staff at the Healthcare facilities and hospitals that cared for him over the years. Thank you to the many physicians, nurses and social workers throughout his life who ensured dad received the best care possible. We would like to especially acknowledge dad’s case manager Lydia Jorn, whose continued support for our father as his advocate and beloved friend was truly remarkable. Funeral services will be held on Tuesday May 19, 2015 at 7:00 PM at the Rose Park 4th Ward chapel located at 760 N 1200 W Salt Lake City, UT 84116.

Raul M. Melgar (78) of Salt Lake City, Utah passed away peacefully on Wednesday May 6, 2015 surrounded by his family and grandchildren. Raul was born in Montevideo, Uruguay to Lila Otermin and Andres Melgar on January 5, 1937. He was the... View Obituary & Service Information

The family of Raul M Melgar created this Life Tributes page to make it easy to share your memories.