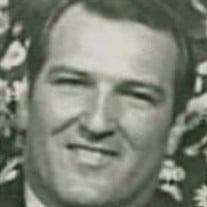 Ray Farrer was born March 14, 1935, in Salt Lake City to Frank and Claire Zion Farrer. Ray married his high school sweetheart, Maryetta Chamberlain, on August 17, 1953, in the Salt Lake Temple. They have five children; Gregory (deceased), Rebecca (Mike) Dobbins, Clarke (Nancy), Elizabeth Plumb, and Douglas (Stacey). Ray and Maryetta have sixteen grandchildren and forty-two great grandchildren. Ray was raised in the grocery and meat cutting business working with his father at Farrer’s Central Market on 1st South in downtown Salt Lake City. Ray’s grandfather, Ben Farrer, had five sons and he and each of his sons were meat cutters (not butchers!) After graduating from East High in 1953, where he was Junior and Senior Class president, Ray attended the University of Utah (hand over heart, “I am a Utah Man, Sir!”) and then graduated from Michigan State University in 1957. He then entered the US Army as an infantry officer. He became a US Army pilot and was stationed in several locations including Colorado Springs, Colorado, Ft. Greely, Alaska, and Dugway Proving Grounds, Utah. Ray loved flying. He flew planes and helicopters all over the country. He often said, “If they had left me alone and let me fly, I would have flown for the rest of my life.” But the Army had other plans for him. After five years, Captain Farrer left the Army and retuned to civilian life. After leaving military service he opened Ray Farrer’s IGA market on 23rd East 13th South in Salt Lake. After a few years Ray decided he did not want to continue in the grocery business, and he started a new career as a salesman with Johnson and Johnson. He worked for J&J’s Healthcare Division from 1963 to 1976, working in the Los Angeles area, the Bay Area, Chicago as a regional sales manager, and in New Jersey at J&J’s corporate headquarters in New Brunswick, finishing his career as national director of sales. “Remember, it’s Band-Aid Brand Adhesive Bandages.” In 1976 Ray entered into a partnership with Dr. Russel B. Clark as the operating partner of Tropicana Industrial Center in Las Vegas. At that time Ray and Maryetta moved to Las Vegas and lived on Mt. Charleston and in Las Vegas until 2018. Ray was an active member of the Church of Jesus Christ of Latter-day Saints, serving in church leadership positions all through his life. He served in several bishoprics, on stake high councils, as the Indian Springs, NV, and Mt. Charleston, NV, branch president, and a stake patriarch. He and Maryetta served as temple workers for many years in the Las Vegas Temple where Ray was a sealer. In 2018 they sold their home in Las Vegas and returned to Salt Lake City. Ray and Mary loved the beauty of Heavenly Father’s creations and traveled the world seeking out beauty and adventures. They honeymooned in Jackson Hole, Grand Teton and Yellowstone National Parks. Their honeymoon never ended, and they continued visiting national parks throughout their lives. For many years they enjoyed the beach house on Laguna Beach, CA. They loved Zion National Park at Easter with all the family, family reunions at Bear Lake, their home on Mt. Charleston, Nevada, and long drives up any canyon and mountain. Ray is preceded in death by his parents and his sisters; Geri (Keith Clarke), Shirley (Harold Moss), and Jean (Dr. Anthony Anderson, who lives in Ivins, UT), his son Gregory, and his granddaughter Aimee. We invite you to share your condolences, memories, and stories of Ray and Maryetta as comments on this page.

The family of Ray Farrer created this Life Tributes page to make it easy to share your memories.