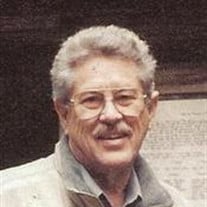 Ray was born on July 26, 1929 in Mesa Arizona to Kindred Elijah and Iva May Harvey. Ray was the 2nd of 7 siblings; Denzil, Don, L.D., Jo Ann, Evelynn, and Alvin. Ray joined the Coast Guard at Treasure Island until he served in the army in 1952. Ray served his country in the Korean Conflict. In his service he was a runner, he did ski patrol and he did hand to hand combat. He attended BYU in 1953, where his studies focused on math and geology. These studies’ brought him to his career in mechanical engineering. Ray met his wife Sharon Webster in 1954 at BYU, they married that December. Later they were sealed in the Salt Lake Temple prior to his call to be a missionary. His work took them into the Silicon Valley. He worked for companies such as Lockheed, Sylvania, Qume and Loreal. They lived in Burlingame, Sunnyvale, and San Jose. Their retirement years in the Hood River Valley were especially rewarding for their relationship. Ray passed away peacefully at the Salt Lake Veterans Nursing Home, on January 23, 2013. Ray is survived by his sweetheart, Sharon Webster of Hood River, Oregon. His son Kirk (of Salt Lake), and three daughters Cynthia (of Salt Lake), Michele (of Hood River), and Shannon (of American Fork). 10 grandchildren; Carrie, Chris, Catherine, Rush, Jessica, Meghan, Sharon, Mary Olive, Guss, and Eva. 7 great grandchildren; Zach, Samantha, Marla, Anna Marie, Seth, Cole, and Ethan, with one more on the way. Ray and Sharon were the host parents to 33 foreign exchange students from Japan, Brazil, Malaysia, Jakarta, Burma, and Taiwan. Ray has always loved children; one of his favorite church callings was team teaching with his wife, the Sunbeam class of 3 year olds. Rays hobbies had been geology, golf, hunting, fishing, hiking, back packing, dancing, gardening and listening to classical and big band music. He also enjoyed collecting stamps, coins, and rocks. Ray was asked once what his greatest passion is, his answer was, “Sharon!” We, as a family, want to thank the administration, staff, and Hospice people for their care and love for “Ray Ray” while he was with them. We’d also like to thank the LDS Branch Presidency there, for their love and attention as well as the service they give to the Vet’s families. Funeral services held 1:30pm, Saturday, January 26, 2013 at the Mt. Olympus Stake Center, 2675 East 4430 South, Salt Lake City, Utah with a viewing prior to services from 12 Noon to 1:15pm at the church. Entombment at Wasatch Lawn Memorial Park.

Ray was born on July 26, 1929 in Mesa Arizona to Kindred Elijah and Iva May Harvey. Ray was the 2nd of 7 siblings; Denzil, Don, L.D., Jo Ann, Evelynn, and Alvin. Ray joined the Coast Guard at Treasure Island until he served in the army in 1952.... View Obituary & Service Information

The family of Ray M Harvey created this Life Tributes page to make it easy to share your memories.