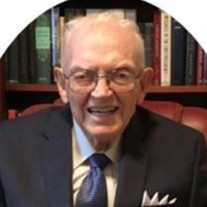 Ray Leon White, born May 21, 1929 (92), passed away on December 11, 2021, at home in Layton, Utah. Ray was born and spent his early years in Cleveland, Utah, as the youngest of 10 children. He grew up on a farm milking and taking care of the cows. He also worked as a coal miner for a season until he went to the College of Eastern Utah located in Price, where he met his future bride, Mary Helen Hardy (who preceded him in death in August of this year). Ray and Mary were sealed in the Salt Lake Temple on March 7, 1949, right before Ray left to serve a fulltime mission for The Church of Jesus Christ of Latter-day Saints. Ray served his mission (without purse or script) in Southern California and Arizona. Upon returning from his mission, Ray and Mary finally settled in Granger, Utah, where they raised eight wonderful children (Debra (Mike) Gundersen, Shauna (Ted) Olsen, Marsha White, Cynthia (Jeffrey) Sweet, Ray L. White (who died in 1976), Bruce H. (Maryann) White, Laura (Paul) Van Wagenen, and Lisa (Stephen) Erekson). Ray and Mary have 33 grandchildren and 69 great-grandchildren. Ray had many life experiences and loved to tell stories about those experiences. He served the Lord in many capacities in the Church. In his early years he worked full time as an assistant to Presiding Bishop John H. Vandenberg. Ray enjoyed people immensely. Ray and Mary were Mission President and Companion from 1989 to 1992 in the Texas Fort Worth Mission of The Church of Jesus Christ of Latter-day Saints. That mission was a great life changing experience for him. He fell in love with every Texas Forth Worth missionary and absolutely considers each of them part of his family. Ray and Mary also served as a Temple Sealer and Matron in the Salt Lake, the Dallas, the Nauvoo, the Orlando, and the Preston England Temples. He served on the General Aaronic Priesthood Board of the Church, as Stake Presidency Counselor, and Bishop of the Granger 6th Ward. He wrote a book that was published in 1968 titled “On Getting Things Done”. He also had a sense of humor and loved traveling. Ray enjoyed providing for his family and spent his career as an executive for both profit and non-profit organizations. He enjoyed serving in community organizations and raising funds to help with the Utah Symphony Hall, the Governor’s Mansion Restoration, and Native American Education. Ray’s great loves were the Gospel of Jesus Christ and his family. A funeral will be held at the Oak Hills Ward, 1410 East Gentile Street, Layton, Utah, on Saturday, December 18, 2021, at 11:00 a.m., A viewing will be held prior to the funeral starting at 9:00 a.m. Internment will be on Monday, December 20, 2021, at Valley View Memorial Park, 4400 West 4100 South, West Valley City, Utah. Ray L. White Funeral LINK (Webinar ID: 968 0082 8897) or phone dial 1-669-900-6833 or copy this link: https://zoom.us/j/96800828897#success

Ray Leon White, born May 21, 1929 (92), passed away on December 11, 2021, at home in Layton, Utah. Ray was born and spent his early years in Cleveland, Utah, as the youngest of 10 children. He grew up on a farm milking and taking care of the... View Obituary & Service Information

The family of Ray Leon White created this Life Tributes page to make it easy to share your memories.