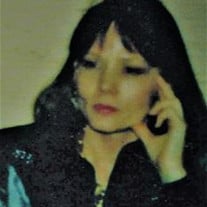 Renee Bagley Thomas passed away on January 10th, in her home in Provo. She was born on November 9, 1949 to Lowell and Aleith Anderson Bagley in Richfield, Utah. She married Karl Rex Thomas on November 14, 1975 in the Manti Temple. They lived in California and in Park City, Utah for several years and later moved to Provo. Their son Michael Rex Thomas, his wife Stefanie and their little girls Violet and Cleo, live in Salt Lake City. We know she was able to live a little longer because of her precious grandchildren. Renee is also survived by her brother John (Phyllis) Bagley of Koosharem; Anne (Michael) Morrey, Mignon (Kent) Nicol, Marian Castleberry, and Lisa Bagley, all of Orem. She graduated from South Sevier High in Monroe, Utah. She attended Dixie State College, the University of Utah, and Brigham Young University for three years. Renee then worked as a clothing buyer, traveling to New York City and Los Angeles for a variety of women’s clothing stores in Provo and Salt Lake City. She was blessed with a talent to make all things beautiful including her home, yard and garden, and food preparation. For many years, she has dealt with Type 1 Diabetes and Fibromyalgia, as well as several other complications. Karl has patiently and lovingly cared for her in their home during this entire time. Renee still did her best to engage with friends and family and was determined to keep her life as normal as possible. They often listened to church historians discuss the teachings of the Book of Mormon on the BYU channel. Renee was not able to attend church services, so this was a way to bring strength and peace to her mind. In her earlier years she served in many capacities in the church, and has always had a strong testimony of the Savior. A viewing will be held on Thursday, January 16th at the LDS Church House at 4220 Foothill Drive, Provo Utah, between 11:00 am and 1:00 pm. Directly after the viewing, the Interment will be held at East Lawn Memorial Cemetery at 4800 North 650 East, Provo Utah.

Renee Bagley Thomas passed away on January 10th, in her home in Provo. She was born on November 9, 1949 to Lowell and Aleith Anderson Bagley in Richfield, Utah. She married Karl Rex Thomas on November 14, 1975 in the Manti Temple. They lived... View Obituary & Service Information

The family of Renee Bagley Thomas created this Life Tributes page to make it easy to share your memories.

Renee Bagley Thomas passed away on January 10th, in her home...