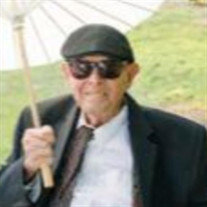 This message is not a eulogy. This memo is not an obituary. This letter is a tribute to the life of Richard Carl Cox. “Dick” Cox, age 83, peacefully passed away from this life with his loving wife and daughter by his side to join with his oldest brother, dad, and mom on the morning of Saturday, August 7, 2021, in Clearfield, Utah. Born on December 29, 1937, in Cedar City, Utah, to Carl Thorley Cox and Nettie Carlow, Dick was the third son with two older brothers, William Alvin and Ray Fred. As a family, they lived just outside of Cedar City in Hamilton Fort, and with their dad’s help, exceled at showing sheep. Working hard at 4-H, the three Cox boys took great pride at taking home first place ribbons in local and state competitions. Tragedy struck the family as Nettie suffered a stroke and became almost completely incapacitated. For seven years, Dick would cook for the family and loved to bake bread and concoct his own recipes and in the kitchen. Dick was a senior in high school and was crushed when his mom, Nettie, passed away and left his dad, Carl, to take care of their three sons. After graduating from Cedar City High School in 1956, Dick decided to leave his roots in the red rock of Southern Utah to explore the world in sunny Southern California. While living in Santa Ana with his aunt and uncle, Dick tagged along with his cousin who was dating one of the younger Kinsey girls. One fateful day, Dick met the oldest sister, Phyllis June Kinsey, and he knew she was the girl of his dreams and the love of his life. Soon after, Dick, age 19, married Phyllis, age 16, and literally saved his girl from her destructive family. Soon after, the couple welcomed a beautiful baby girl, Lori Ann (Jensen). Missionaries from The Church of Jesus Christ of Latter-day Saints found the couple and began teaching Phyllis the Gospel and she was baptized when she was pregnant with their second child, a son, Curtis Richard. Her conversion inspired Dick to become more active and engaged in the Gospel, and in 1964, Dick took his young wife and two small kids to the Los Angeles Temple to be sealed for time and all eternity. From that point on, Dick would remain valiant in his simple testimony of his savior, Jesus Christ, and his testimony was the center point of his service to others. Employed as a machinist, Dick provided unfailing stability to his young family in Anaheim, California. Several times each year, the Cox family would travel back to Cedar City, Utah, to visit Dick’s dad, brothers, and cousins. One of his favorite callings in the Church was to pack up the family’s green station wagon and take his Scout troop on hikes down the Narrows in Zion National Park in Southern Utah. During monthly ward dinners at the church building, Dick and Phyllis could always be found setting up, serving, and afterwards doing the dishes in the kitchen. His love for movies, country music, especially Charlie Pride and Hank Williams, and anything World War II related, moved him. He also loved to visit swap meets and yard sales, and brought his treasures home and stored them in his vast warehouse named “the garage.” Upon his retirement, Dick and Phyllis left their close friends in Anaheim and relocated to San Antonio, Texas, and quickly fell in love with their new home and new friends. Their love of Doberman Pincher dogs began with a pure bred puppy given as a retirement gift and continues today with Joci. Years of service were spent together at the Bishop’s Storehouse and then the Cannery. During their time in Texas, Dick and Phyllis’ proudest moments were when their grandchildren graduated from college, were married, and served in the Church and in the military. The later years of Dick and Phyllis living in Texas were blessed by the ministering service of the Manch and Marquis families. Dick’s undeviating love for his wife of 64 years, his two children, seven grandchildren, eight great grandchildren, along with his older brother, Ray, who he left behind endures and remains strong. This love was exemplified by his undaunted determination to attend his youngest grandson’s wedding just three weeks before his passing. A memorial service will be held in his honor at 11:30 a.m. on Saturday, August 14, 2021, at Southern Utah Mortuary located at 190 North 300 West, Cedar City, Utah 84720. The graveside dedicatory prayer and final internment next to his dad and mom will be held at 1:00 p.m. at the Cedar City Cemetery in Cedar City, Utah. Dick Cox, a self-proclaimed hayseed who was born and raised in Southern Utah, has finally come home.

This message is not a eulogy. This memo is not an obituary. This letter is a tribute to the life of Richard Carl Cox. &#8220;Dick&#8221; Cox, age 83, peacefully passed away from this life with his loving wife and daughter by his side to join... View Obituary & Service Information

The family of Richard "Dick" Carl Cox created this Life Tributes page to make it easy to share your memories.

This message is not a eulogy. This memo is not an obituary. This...