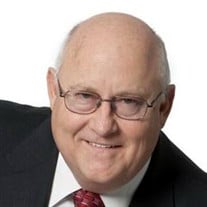 Richard Allan Erickson, 69, passed away peacefully on June 20, 2018 at his home in Orem Utah. Richard was born in Spanish Fork, UT on November 6, 1948. He spent his childhood playing baseball and was a lover of all sports. He graduated from Brigham Young High School in 1967 and continued on to Brigham Young University where he received his Bachelors of Science in Business/Marketing. He valiantly served an LDS mission in the Central Atlantic States Mission from 1967-1969. Upon his return he met the love of his life, Connie Louder Erickson, and they were sealed for time and all eternity on March 25, 1971 in the Salt Lake Temple. Rich served his country in the Army Reserves for 7 years. He was an amazing salesperson and during his career he worked for companies such as, Sylvania Lighting Services, General Electric and Dell Computers. Richard also volunteered for many years with America’s Freedom Festival at Provo and was The President of the Freedom Festival in 2000. He was an active member of The Church of Jesus Christ of Latter Day Saints and served in many positions, including counselor in the bishopric, stake high council and Bishop of the BYU 50th ward. I am pretty sure that dad bled blue, he was an avid fan of ALL things BYU. He loved his country and loved watching anything related to the armed forces, however he especially “preferred” NCIS. Richard is survived by his loving wife Connie, his four children, Emily (Daniel) Forsyth of Orem, Ryan (Heather) Erickson of Lehi, Jon (Jen) Erickson of American Fork and Angie Erickson of Orem. He is also survived by his 6 furry children, 15 grandchildren, 3.5 great grandchildren and 7 granddogs along with many other family and friends. Richard is preceded in death by his parents, Hugh and Lorraine Erickson and his Father in Law, LLoyd J. Louder. Funeral Services will be held Thursday, June 28, 2018 in the LDS chapel on the corner of 400 East and 400 North in Orem at 11:00am with a viewing to be held in the same location from 9:00am-10:30am. Interment will be in the American Fork City Cemetery.

Richard Allan Erickson, 69, passed away peacefully on June 20, 2018 at his home in Orem Utah. Richard was born in Spanish Fork, UT on November 6, 1948. He spent his childhood playing baseball and was a lover of all sports. He graduated from... View Obituary & Service Information

The family of Richard Allan Erickson created this Life Tributes page to make it easy to share your memories.