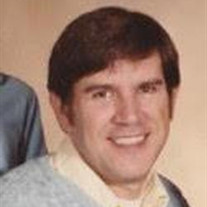 Richard Frederick Fritze passed away on April 22, 2015 in Orem, Utah at age 73. He was surrounded by his beloved family. Richard was born November 25, 1941 in Newark, New Jersey. He was the son of Bertha and Otto Fritze and has two sisters Arlene and Carol Ann. Richard served his country both in the Army and Marine Corps. He completed his Bachelor of Arts in Business Management and his Master of Arts in Organization Behavior. He was a Certified Internal Auditor and a Certified Fraud Investigator. He worked for the State of Utah for over 21 years as an Internal Auditor. Richard married his middle school sweetheart, Janice in 1963. They had six children and twelve grandchildren in the 51 years they were married. Richard lived in Hawaii on Oahu’s North Shore where his first child was born. He had a deep affection for the islands. Richard was an avid reader and seeker of knowledge. He loved computers and was one of the first to own a home computer. He enjoyed working with wood and after retirement made very creative, beautiful, and unique canes. Richard enjoyed challenging himself intellectually and was an eclectically versed conversationalist. He was able to discuss almost any topic in depth. His quick wit and cleaver mind was always interesting and entertaining. Richard was not only an intellectual, he was a warm, compassionate, and sensitive man; feeling things deeply. He cared for others and the world he lived in. He was a thoughtful man and would listen intently and respond genuinely when asked for advice or guidance. Richard loved his wife, children, and grandchildren with his whole heart. He delighted in each of his family members and he valued family above all. Richard had the rare gift of seeing a person completely flaws and all but would still totally love and accept them. Richard will be missed greatly by all those blessed to have had their lives touched by his gentle spirit. Richard was predeceased in death by his son Adam in 2008. He is survived by his wife, Janice, his sons Luke and Noah and his daughters, Christian, Gabrielle, and Charity

Richard Frederick Fritze passed away on April 22, 2015 in Orem, Utah at age 73. He was surrounded by his beloved family. Richard was born November 25, 1941 in Newark, New Jersey. He was the son of Bertha and Otto Fritze and has two sisters Arlene... View Obituary & Service Information

The family of Richard Frederick Fritze created this Life Tributes page to make it easy to share your memories.