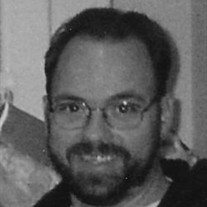 Richard Paul Kunz "Fuzzy" Richard Paul Kunz was born December 13, 1960 to Paulette Shaw and Joseph Wayne Kunz. He passed away March 5, 2014. He came into this world with a broken heart struggling to live. When he was two years old the doctors said he would not survive the year. He had his first open-heart surgery before he was three. He suffered numerous health problems and had his second open-heart surgery when he was ten. He experienced better health for the next 15 years, married and became the father of three. When he was 41 he had his third open-heart surgery, and received an artificial aortic valve. He enjoyed the past 12 years in the best health he ever knew. He celebrated his amazing new health doing things he never thought possible. He graduated from Utah State University. Paul was working on another degree in information technology at Stevens Henager, where he spent a lot of time and was loved by all. Fuzzy has nine amazing grandchildren and embraced every moment he shared with them. Paul was a woodsman living for loving the outdoors. He bought a home, which was a dream of many years, to embrace his family. He built a fun playground for his grand kids, the light of his life, to play where he could enjoy their company. Paul made it comfortable to everyone he knew, never calling anyone a stranger or turning them away in need. Paul lived life to the fullest, his own way full of color. Paul is survived by his son Ron (Krystal), daughters Jessianna (Cliff) Campbell, Amanda Kunz, mother, brothers Joseph (Jodi) Kunz, Thomas (Tami) Carlsen, sisters Kim Taylor, Michelle (Adam) Shaw, nine grandchildren, numerous nieces, nephews, step brothers and step sisters. Preceded in death by his brother Jay Roger Kunz and father. A Celebration of His Life will be held Tuesday March 11 at the Majestic Oaks Mobile Home Park Clubhouse, 4635 South 840 West in Taylorsville, at 5:00 PM. In lieu of flowers, please contribute to the American Heart Association in Memory of Paul.

Richard Paul Kunz "Fuzzy" Richard Paul Kunz was born December 13, 1960 to Paulette Shaw and Joseph Wayne Kunz. He passed away March 5, 2014. He came into this world with a broken heart struggling to live. When he was two years old... View Obituary & Service Information

The family of Richard Paul Kunz created this Life Tributes page to make it easy to share your memories.