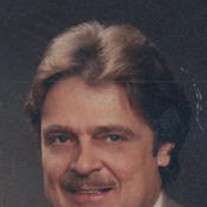 Richard Miller Day, beloved husband, father, grandfather passed away peacefully March 15, 2012 surrounded by his loving family. Richard was born to Henry Miller and Natalie Carlquist Day on November 17, 1942 in Salt Lake City, Utah. As a young family Richard, his parents and siblings spent many summers and holidays traveling around the country. Along with his childhood travels and travels taken with his wife, he has seen all fifty states. Richard graduated from Olympus High School, University of Utah and University of Utah Law School. While he was a brilliant man and was top in his class, the law didn’t inspire him. Not until 1993 did he find his true vocation when he bought a small transfer agency that flourished and grew by leaps and bounds in his care. Although the two younger boys occasionally did odd jobs there for spending money, Patrick and Christopher joined the business full time after graduating, thus fulfilling Richard’s lifelong dream of owning a family business. In 2005 Richard’s retirement dream of living near fishing venues came true when he and his wife purchased their home in Oregon. The clean air, small town atmosphere and unlimited fishing opportunities made him instantly part of small town life, telling fishing stories with the best of them. His newfound passions while in Oregon became agate and fossil hunting on the beach after a storm, crabbing at the small town dock, and traveling the coastline many times over to discover new streams, beaches and old abandoned fishing towns and logging villages. Although all of his sons and grandsons have fond memories of weekends spent playing in the deserts of Utah and Nevada, finding fishing streams, hunting rabbits and camping, his main love was fishing. Every year in June he and his sons participated in the Buckboard Fishing Derby where no one ever caught a large fish, but everyone had lots of fun and great memories. Over each of the past eight years he spent ten days in his favorite fishing spot in the world on Vancouver Island near the northern town of Port Hardy. He would take a different son each year, and one year even charmed his wife into going,. There, among the eagles, orcas, herring, seals and fabulous sunsets, he came as close to heaven as one can get here on earth. He believed he had one more trip in him and used that image as inspiration to help him through his illness. Richard is survived by his wife of 28 years Marina, Richard Jr. (Ginger), Trenton, Patrick , Christopher, sister Carolyn Hodson (David) and brother Roger (Julie), eight grandchildren and many nieces and nephews. A wake and celebration of his life will be held at the family home Monday, March 19th at 6:00 p.m. where friends and family are invited to share stories , laughter and tears about the man that gave us so many memories. The family wishes to extend their heartfelt thanks to the wonderful support staff and fabulous doctors at UC, and an extra special hug to all the angels that took care of us from Inspiration Hospice. You made this difficult time so much easier for us. Good Bye our love, may you always be surrounded by the smell of roses.

The family of Richard Miller Day created this Life Tributes page to make it easy to share your memories.