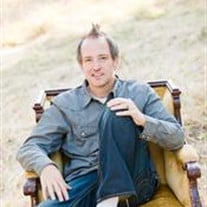 Rosemary and Jerold Goade Sr. were blessed with the baby of their family, Richard Stephen Goade on May 2nd 1972. Rich was raised in a loving home in Seattle, on a street which was later the inspiration for the brother&#8217;s company name,... View Obituary & Service Information

The family of Richard "Rich" Stephen Goade created this Life Tributes page to make it easy to share your memories.

Rosemary and Jerold Goade Sr. were blessed with the baby of their...