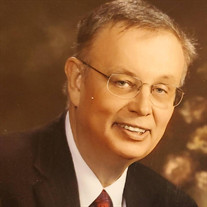 Richard “Rick” Kyle Ward, loving companion, son, father, grandfather, and friend passed away on July 19, 2021, after battling ischemic cardiomyopathy. Rick was born on May 19, 1956 in Provo, Utah to Bill and Betty Ann Allen Ward. He grew up in Las Vegas, Nevada, which he referred to as his hometown. Rick also lived in Oregon and then in Sandy, Utah, where he passed away surrounded by his father, daughters, and the love of his life Angie. Rick was a faithful member of the Church of Jesus Christ of Latter-day Saints. He served his mission in Tokyo, Japan from 1975-1977, where he witnessed and participated in many miracles that lead to lasting friendships. He held several church callings throughout his life and served in the Jordan River Temple for 7 years and in the Draper Temple for 4 years. Rick attended the University of Utah. He was a successful realtor and builder but reported that his job as the Osco Drug “ad guy” was by far the most enjoyable job he had. Rick married Joanne Brown, who blessed him with 2 beautiful daughters. He later married Donna Sudbury and was blessed to be a father figure to her 5 children. Rick met the love of his life, Angie, 5 years ago and bragged about her constantly. He often reported that he never felt alone in their relationship and that being sealed to her for all eternity was the happiest he could imagine himself being in the life here after. He was so grateful to have that opportunity. Angie has 8 children of her own, who Rick also loved. Rick is preceded in death by his mother, Betty Ann Allen Ward, and his sister Rachel Ward. He is survived by his two daughters: Rachel (Collin) Ward Peterson and Jennifer (Kelly) Ward Argyle, 6 fantastic and wonderful grandchildren, Alex, Johnny, Kate, Milo, Jude, and Maggie, his eternal companion Angie, her daughter Lori (Ryan) Liller Hacking and their sons Luke and Evan, Angie’s 7 other children, his father Bill Ward, his 4 brothers: Kelly (Diane) Ward, Randy (Robin) Ward, Kenny Ward, Russell Ward, his father brother Elbert, and many aunts, uncles, and cousins. Rick found joy in collecting hot wheels cars and handed them out to those that he loved and to strangers in hopes of brightening their day. He owned 4,000 at one time. He expressed hope that he will be remembered when hot wheels cars are seen by those who knew him. In lieu of flowers, use provided hot wheel car at the funeral to put in his casket, on his grave, give to a child, or hold on to “if you’d like to be haunted.” Rick wanted it known that he enjoyed his life immensely. He valued his relationships more than anything and often spoke of the little moments he had with “the people in his world” that brought immense joy and satisfaction to his lie. He expressed special thanks to his medical people at IHC (the mothership) and to his hospice care providers who made the last several months of his life not only bearable, but enjoyable. He also expressed special thanks to his caregivers specifically his father, Bill, his companion, Angie, and his brother, Randy. They provided endless comfort to him over the last 6-7 years of his life. He will be buried at the Larkin Cemetery (1950 E. 10600 S. Sandy, Utah 84092). Funeral Services will be held on Monday, July 26, 2021, at 11:00am (a second viewing preceding at 9:30 am to 10:45 am). A viewing will be held on Sunday, July 25, 2021, from 6:00 pm to 8:00 pm at the Church of Jesus Christ of Latter-day Saints located at 9636 South 1700 East, Sandy, UT 84092. Finally, Rick wanted to express a final sign off to his family and friends, stating, “All is well.”

The family of Richard Kyle Ward created this Life Tributes page to make it easy to share your memories.