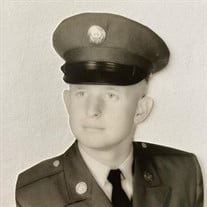 Robert Rushton Langford Robert was born to Angus and Estella Langford in Salt Lake City Utah, December 11, 1944. Bob attended Cypress high school and graduated in 1963. He then joined the Army Reserves where he served active duty for six months, and was honorably discharged in 1969. Bob met his sweetheart Shauna Huish May 1968. They were married in the Salt Lake Temple December 6, 1968. Bob and Shauna were blessed with three sons and a daughter. Shaun R. Langford, Tom (Trisha) Langford, Amy ( Eric )Strong, Darin (Jarren) Langford. They were also blessed with 15 grandchildren 2 great granddaughters and a boy on the way! They were all the joy of his life. Throughout Bob’s life he was a member of the Church of Jesus Christ of latter day Saints. He served a mission in Argentina. He served various callings and had a strong testimony. He loved serving in the Oquirrh Mountain Temple. Bob loved his occupation, and gave 110% to each one of his students. He taught at Jordan High School for 10 years and advanced to Salt Lake Community College as a professor in welding, and awarded professor of the year within the first few years of his teaching there. Bob had a great love and understanding of horses and owned several throughout his life. He would often say “It isn’t a good day till you have been in the saddle." Later in life Bob had two special mini horses and with his hands built them a little cart for the grandchildren to be pulled. Bob loved putting the small ones on their saddle and lead them around the yard. Bob loved his home in Bluffdale. He loved the land to help teach his boys the value of hard work. If he did not have a project outside in the yard it didn’t seem right. From the flag pole to the gazebo, he always had a project he was working on. You rarely saw Bob without his sweetheart Shauna, he once said to her “I do not need other people, "I only need you to hold my hand.” They enjoyed each other and enjoyed their companionship and love for nearly 53 years. Later in life Bob was diagnosed with Dementia and Parkinson’s. He died July 5, 2021 after much love and care from his family. Especially, Shaun his son that has cared for him the past 4 years up to his last breath of life. All 4 children and his wife, were able to be there when he passed through the veil. Special thanks to all the caregivers of Bob at Heartland Home Health and Hospice, Ana Joos, Marcy Rowley, and Nurse Rita Labrie. Funeral services Monday July 12, 2021 at 12:00 pm Church of Jesus Christ of Latter Day Saints 15429 Iron Horse Blvd. Bluffdale Ut. 84065 Dedication of the grave following at the Spanish Fork City Cemetery 420 South 400 East

The family of Robert Rushton Langford created this Life Tributes page to make it easy to share your memories.

Robert was born to Angus and Estella...