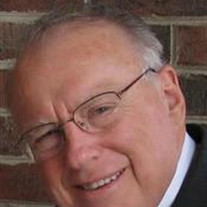 On January 18, 2014, Robert B. Rowley passed away peacefully, surrounded by his wife and family. He was born to Mary Noma Williams Rowley and Arthur Burton Rowley on June 3, 1941, in Ukiah, California. They lived in in the small logging community of Booneville, California. After his father’s death, they moved to Duchesne, Utah to be closer to family. There he enjoyed playing high school basketball and baseball while helping his mother run the family café. While serving a 2½-year LDS mission to Sweden, he committed to devote his life to serving the Lord and his fellow men. Upon returning, he enrolled at BYU and then transferred to the U of U where he received his bachelors in Sociology and a Masters Degree in Social Work. Rob met the love of his life and eternal companion, Helen Jones Rowley. They were sealed in the Manti Temple on August 21, 1964. Together the raised six children and were blessed to participate in the Indian Placement Program, where Les joined the family. His family has been his greatest and most prized treasure. He faithfully served the Lord. Serving in five different bishoprics, serving as bishop twice, as well as stake president for nine years. Together, Helen and Rob served a mission in the Albuquerque, New Mexico mission. He was dedicated to the youth, was an avid scouter, and was a recipient of the Silver Beaver Award. He always saw the goodness and divine qualities in people and dedicated his life to the service of others as a social worker and a disciple of Jesus Christ. He helped countless people through his work as a substance abuse therapist at the VA Hospital. He also maintained a private practice as a marriage and family therapist. He was in the service of others every waking day of his life. He blessed the lives of all those who knew him. Rob was a dedicated and loving husband, father, and grandfather and took every opportunity to spend time with his family. He made it a priority of creating memories at family dinners, any sporting event, or quiet one-on-one time with any family member. He was greatly loved and will be deeply missed by us all. His father, Arthur Burton Rowley; his mother, Mary Noma Williams Rowley; and his brother, Arthur William Rowley, preceded him in death. He is survived by his loving wife, Helen (Jones), and all seven of his children: Michele (Frank), Les (Jocelyn), Cindy, Robert Michael (Anna), Burt (Canesa), Misty (Brandon), and Cathy (Tyler), as well as 25 grandchildren. Dad, we miss you and have been blessed to have you as our father. You have touched our lives and the lives of our children. You have been an amazing example and we look forward to reuniting with you. We love you! The family would like to thank the nurses and staff that lovingly cared for him at the Jordan Valley Hospital. A viewing will be held in his honor, Tuesday, January 21st, from 6:00-8:00 pm at the West Jordan Mt. View 2nd Ward Chapel (2901 West 9000 South, W. Jordan) and Wednesday, January 22nd, from 9:30-10:30. Funeral services will follow at 11:00 am. Interment will be as the Riverton Cemetery (1500 West 13200 South, Riverton). In lieu of flowers the family requests donations to be made to the LDS Missionary Fund or the Primary Children’s Medical Center.

On January 18, 2014, Robert B. Rowley passed away peacefully, surrounded by his wife and family. He was born to Mary Noma Williams Rowley and Arthur Burton Rowley on June 3, 1941, in Ukiah, California. They lived in in the small logging community... View Obituary & Service Information

The family of Robert B. Rowley created this Life Tributes page to make it easy to share your memories.