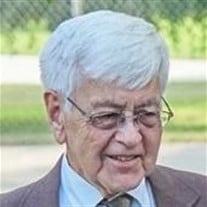 Robert John (Bob) Taylor passed away peacefully at his home in West Jordan, UT, on August 9, 2016. He was the twelfth child of Rex LaVor and Bertha Rebecka Meacham, born on April 15, 1941. His early years were spent in Richfield, UT, where he enjoyed growing up in small town America. Upon the death of his father, he moved to Provo in the eighth grade. He graduated in1959 from Provo High School where he made many loyal, life-long friendships. Active in planning many high school reunions, he once checked himself out of a hospital ICU so that he would not miss the reunion festivities. Following high school, he joined the Utah National Guard, spending time at Fort Ord with some of his high school buddies. He earned a Bachelor of Science degree from Brigham Young University in 1967 and remained a true BYU fan his entire life. Think of him as one of the original “blue bloods”. Just wearing anything red was a challenge for him. For many years he attended BYU football games in Provo and followed the basketball team on tv. Bob worked for 36 years in the title insurance business. Beginning as a closing officer, he worked his way up through the ranks. In his latter years, he did a great deal of teaching, training and mentoring the next generation of title people. He truly enjoyed the relationships that were built during those years. Recreationally, the young Bob spent time playing racquetball and softball and also loved camping with his family. The annual trip to Potter’s Pond was the highlight of the summer where he enjoyed fishing and riding his mountain bikes. He also enjoyed teasing children whether they were his grandkids or the neighborhood kids. He honestly cared for and worried about them. His true passion, however, was his family. He always tried to support them in whatever they attempted. He tried to attend every game and sometimes even the practices of his children. His love was shown through service and a great deal of harassment but each of them were precious to him. Bob is survived by his wife, Sharon; their four children, Kristin (Brett) Molen, David (Kristin) Taylor, Katie (Michael) Cox, Mark (Erin)Taylor; 19 grandchildren, Nick, Ben, Sam, Mikelle; RJ, Owen, Alyse, Emmett, Ashton; Kyler, Canyon, Cord, Cash, Kaisley, Addie, Oliver, Lucy; Lincoln, Maxwell; and a sister, Myrna (Phil) Jackson. He is preceded in death by ten siblings; Rex Leon, Gail LaVor, Thora Jean, Wyman Virdell, Mary Ellen, Dawna, Samuel Ray, Bertha Rebecca, Beth, and Bonnie. Funeral services will be held Tuesday, Aug 16, 2016 at 11:00 AM in the Mountain Shadows 7th Ward, 7903 S 2700 W, West Jordan, UT. A visitation will be held Monday, Aug 15, from 6-8 PM at the church and Tuesday at 10:00 AM prior to the funeral. Interment in the Riverton Cemetery, 1500 W 13200 S, Riverton, UT. Flowers may be delivered to the church after 5:00 PM on Monday

Robert John (Bob) Taylor passed away peacefully at his home in West Jordan, UT, on August 9, 2016. He was the twelfth child of Rex LaVor and Bertha Rebecka Meacham, born on April 15, 1941. His early years were spent in Richfield, UT, where... View Obituary & Service Information

The family of Robert John Taylor created this Life Tributes page to make it easy to share your memories.

Robert John (Bob) Taylor passed away peacefully at his home in...