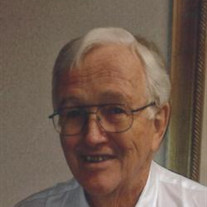 Robert Bruce Turner was born March 2, 1937 to Dean L. Turner and Tina Pauline Lofgreen. He died peacefully at his home on May 29, 2014 after a long illness. He married Sharon Johnson on January 31, 1964 in the Salt Lake LDS Temple. He is survived by his eight children, Rachel Lynne Hill (Kevin), Stephanie Gay Roberts (Allan), Robert Dean (Kimberli), Deborah Kay Bush (Alan), Nathan Elmer (Cindy), Jonathan Eric (Heather), Timothy Scott (Diana Sciandra), Rebecca Deonne Tatman (Jason), his sister Deanna Nordstrom (Mike), stepmother Kathy Turner and stepsister Janinne Pettit (Gene). Bob and Sharon have 31 grandchildren, two great-grandchildren with one due in June. He was preceded in death by grandchildren, Robert Dean Jr. and Kimberly Hope Turner and his parents, grandparents and step brother, Don. Bob was born in Provo, Utah. He attended schools in California, Utah, Cyprus High, and graduated high school in Seattle, Washington. He went on a mission to Brazil, serving in the Brazil mission which was divided into two missions while he was there. Upon returning from his mission in Brazil he joined the US Army reserves. He was a reservist for nine years. Bob worked many jobs over the course of his life. He worked as a foundry worker in Provo, Utah while his wife, Sharon, finished her degree at BYU. They moved to Omaha, Nebraska where he worked for the Union Pacific Railroad. They moved back to Utah to complete his bachelor’s degree. Upon completion of his degree, he taught head start for three years in Mexican Hat, Utah. He then attended Utah State University in Logan, Utah where he received his master’s degree. He worked in the Indian placement program for The Church of Jesus Christ of Latter-day Saints. He became a safety engineer in construction while living at Green River, Wyoming. This work took him to Tennessee and South Carolina then returning back to Utah where he retired as a safety officer having worked for two different safety alarm companies. Bob had many loves: his church, BYU, his country, and his family. Bob enjoyed running. He ran in two marathons completing one in addition to running in 5K and 10K runs. He watched every BYU football game he could. If the team wasn’t winning he would get up and take a walk. He took lots of walks. Bob had a keen sense of humor which drove everybody crazy. A favorite was when he was in the hospital with a diverticulitis bleed. The doctors were considering a resection of the colon. He quipped, “Then I would be known as a semicolon.” Bob served in many capacities in the church including teaching, scouting, bishopric councilor and temple worker. Sadly, for a time Bob lost sight of his true identity as a son of our Heavenly Father. The last few years of his life he worked diligently to restore the blessings that he had lost. He was re baptized into The Church of Jesus Christ of Latter-day Saints on January 27, 2014 just as he was starting the treatment for his illness. The treatment did not work for him. The disease quickly progressed to claim his life. Kevin Hill, a son-in-law, put on Facebook the day he died this tribute…. TBT -- Tip 'o the Hat to Rachel's dad, Robert Bruce Turner who passed away this afternoon peacefully at his home after a long illness at the age of 77. Bob was a good, faithful man who valued his family, his membership in The Church of Jesus Christ of Latter-day Saints, and his relationship with his Savior above all else. He will be most remembered for his unbelievably bad jokes ... like, "There's a new type of broom out, it's sweeping the nation." And, "Why can't you hear a pterodactyl go to the bathroom? Because the 'p' is silent." Until we meet again, Bob. From all of us, love…. There will be a viewing at on Friday, June 6, 2014 from 6:00 to 8:00 pm at 4322 South 5400 West in West Valley City and on Saturday June 7, 2014 from 10:00 to 12:00 noon with Funeral Services at 12 noon.

Robert Bruce Turner was born March 2, 1937 to Dean L. Turner and Tina Pauline Lofgreen. He died peacefully at his home on May 29, 2014 after a long illness. He married Sharon Johnson on January 31, 1964 in the Salt Lake LDS Temple. He is survived... View Obituary & Service Information

The family of Robert Bruce Turner created this Life Tributes page to make it easy to share your memories.