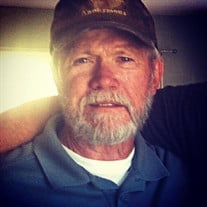 Our dear loving husband and father passed away peacefully at home surrounded by his devoted family after a yearlong battle with cancer. His unconditional love for his Wife and children was everything to him. Archie was born May 26, 1944 to John William Ungricht and Dycie Elder in Price, Utah. They later moved to Springville, Spanish Fork and Provo. He started boxing while in the 8th grade at the boxing club located in the Springville Armory. After moving to Provo he boxed for Stan Chenoweth at Stan’s’ Boxing Club where he trained with his brother Ralph, Max Gibb, Gary Brown, Ernie Lopez, Ronnie Stubbs and many others. During this time, he won the Intermountain AAU 7 times in a row. After graduating High School, he was forced to go Pro with his boxing career as no one would fight him in the amateur arena as he had won 81 of 86 fights. Also, during his professional boxing career he won the Golden Gloves Metal 7 times. Before he was hired on with the Provo Police Department in 1969, he served 4 years in the Army. It was during this time that he met and married the love of his life Carol Coleman of Magrath, Alberta, Canada while she was attending BYU. They lived in Provo for 3 more years before moving to Orem where he was hired on with the Orem Police Department. He served in many capacities from Patrol Officer, Patrol Sergeant, Narcotics, Detective Division Investigator and finally retiring as Lieutenant. He was involved in many shooting competitions throughout the state where he took 1st place in state, in the combat fire competition. From 1979 to 1982 he received certificates for qualifying as one of the “Governors Twenty” Honorary Pistol team. He retired from the police department after 20 years of honorable service, which he and his family were proud of. Archie was an avid outdoorsman who loved to be camping, fishing or golfing. His family was always with him in the outdoors, and they spent time on almost every mountain in Utah. He was hardly ever without his grandchildren and children. Archie was the best Father, Grandfather and friend that anyone could ask for. He was our Hero, and life will never be the same without him. Dad was a member of the Church of Jesus Christ of Latter Day Saints and followed one of his Heavenly Fathers greatest commandments, “Love One Another”. He is survived by his wife Carol, and children; Stacy Ungricht, Dana Williams, Shannon Ungricht, Jodie (Dave) Ryan, Melanie (Dave) Hasting, Robbie Ungricht. He is also survived by 14 grandchildren with another girl due in 2 weeks. Grandchildren; Alaina, Jaden, Taylohr, Cooper, Bailey, Gage, Ethan, Shaylee, Ashton, Isabelle, Sophie, Teagan, Jackson, Olivia and (Cecilia) He is also survived by his siblings; DeLoy (Stella) Crofts, Ralph (Margaret) Ungricht, Maxine Carter Arnold, Carol Partridge and many nieces and nephews. He was preceded in death by his Mother and Father, brother Jerry, Sam and Richard Ungricht. The family would like to thank all of our many friends and neighbors over the last year who have prayed, cried and rejoiced with us over his recovery, and cried again these last few months when the cancer returned. We are also forever grateful to Dr. Chipman for his loving care and concern for Dad. Funeral Services will be at 12 noon on Friday, July 22, 2016 at the Aspen 1st Ward Building located at 965 W 2000 N Lindon, UT (Orem/Lindon border). Viewing will be from 10:00 a.m. to 11:45 a.m. prior to the services. Interment will be at the Orem City Cemetery.

Our dear loving husband and father passed away peacefully at home surrounded by his devoted family after a yearlong battle with cancer. His unconditional love for his Wife and children was everything to him. Archie was born May 26, 1944 to... View Obituary & Service Information

The family of Robert Lloyd Ungricht, Sr created this Life Tributes page to make it easy to share your memories.

Our dear loving husband and father passed away peacefully at...