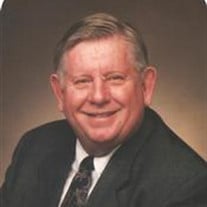 Robin C Hagberg, our dear husband, father and grandfather passed away on the morning of February 20, 2011 in his home after a short struggle with cancer. He was surrounded by his loving family. Robin was born August 11, 1939 in Gridley California to Carl Edwin and June Vivian Cole Hagberg. He married Susanne White on June 8, 1963 in the Saint George Temple. He is survived by his wife and their six children: Heather (Kim) Miller of Orem Utah, Shannan (David) Wainwright of Bountiful Utah, April (Bradley) McIntyre of Orem Utah, Matthew (Jennifer) Hagberg of Pleasant Grove Utah, Richard (Elesa) Hagberg of Spanish Fork Utah and Stewart (Anne) Hagberg of Provo Utah and 22 grandchildren. He is also survived by his sisters Jill (Art) Hayden and Gay (Earl) McDaniel, his brother Lowell (Anne) Hagberg and sister-in-law Debbie McWilliams Hagberg all of Gridley California . He was preceded in death by his parents and younger brother Eric “Rick” Hagberg. Robin’s childhood years were spent happily in the small town of Gridley where he learned how to work hard in the orchards and fields and on their small family farm. There, he worked during summers in the large peach cannery in the center of town. Robin graduated from Gridley Union High School in 1957, where he served as Student Body President. He went on to Brigham Young University in Provo , Utah , majoring in Education, with a minor in Spanish. In 1959 he was one of the first missionaries to be called by The Church of Jesus Christ of Latter-day Saints to the newly organized Brazilian South Mission . His experiences there and his missionary companions formed him into a dedicated missionary and he never tired of reminiscing about that service. He returned to BYU in 1962 to continue his studies. He renewed his friendship with missionary companion Don White, and was introduced to Don’s sister Susanne. Robin and Susanne were married in 1963. In 1964, twin daughters were born and Robin graduated from BYU. He began his teaching career in Grace Idaho two weeks after graduation. His second year he taught school in St.George Utah and another daughter was born. During the summer of 1966, they moved their family to Gridley , California where Robin was considering a career in the business world. Within months, he realized his life would be better spent in education. After accepting a job offer from the Junior High School in the nearby town of Paradise , Robin moved his small family there. Three sons were born to them in Paradise . For 32 years, Robin taught seventh and eighth graders Spanish and English at the same Junior High School. Teaching became his life’s work and he found great pleasure in his chosen field. Many of the bonds of friendship that were formed with his teaching companions exist to this day. Robin faithfully served in various callings in the LDS Church in the Gridley and Chico California Stakes. He served on the High Council several times, was Bishop of the Paradise Third Ward for 5 years, served in the Stake Mission Presidency, taught Seminary and worked in the Scouting Program. He had a gift for teaching and especially enjoyed teaching the Gospel Doctrine class in Sunday School. After Robin and Susanne retired in 1998 they were called to the Florida Fort Lauderdale Mission on a Spanish speaking proselyting mission for 18 months. Eight months after their release, they were called to the Church and Family History Mission in Salt Lake City Utah and assigned to the International Floor. On their return to Paradise, they sold their home and moved back to Utah to be near their children and grandchildren. Soon after moving to Provo in 2004, they were called to serve at the Missionary Training Center in the Missionary Assistance Department and assisting with Missionary Preparation for the Spanish and Portuguese missionaries. Robin faithfully served in both callings as a volunteer until just 2 months before his death. Robin’s love for his Hagberg Grandparents prompted his and Susanne’s involvement in Swedish Family History research. Susanne was the research specialist with constant support from Robin. After connecting with a cousin in Sweden they made plans in 2006 to visit the country of Robin’s father’s birth. There they met more cousins and developed a deep love for the country and the people. They were able to return to Sweden again in 2008. Funeral services will be held at 11:00 am on Friday 25 Feb. 2011 at Hillcrest Stake Center 1450 S. 800 E. Orem Utah , with the viewing at 9:00. Interment will be in Mesquite Nevada on Saturday 25, 2011 at 1:00 pm. In lieu of flowers feel free to contribute to the LDS Missionary Fund The family would like to express appreciation to friends, neighbors and Church members for their many acts of kindness and love. A special thanks to Vista Care Hospice for their tender care and concern.

Robin C Hagberg, our dear husband, father and grandfather passed away on the morning of February 20, 2011 in his home after a short struggle with cancer. He was surrounded by his loving family. Robin was born August 11, 1939 in... View Obituary & Service Information

The family of Robin C Hagberg created this Life Tributes page to make it easy to share your memories.