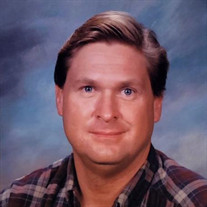 Roderick “Rod” Terry Gribble Allen 1964 – 2020 Roderick Terry Gribble Allen (Rod) left us suddenly and unexpectedly much too soon on Monday, February 10, 2020 at the young age of 55 due to complications after emergency surgery for an aortic dissection. He was surrounded by his children and his sister. A more generous person may not exist, and he will be missed by so many, it’s hard to know where to start. Perhaps at the beginning. Born on September 30, 1964 in Hollywood, California, to Robert G. and Barbara L. Allen Gribble, Rod was the third child and second son in the family. He always had a smile on his face and was adventurous and mischievous right from the start. His family moved across the country to Connecticut when he was 10 and a few years later he had a paper route, on which he delivered the papers while riding a unicycle. Many will remember his affinity for classic cars, especially his prized bright orange ’69 Camaro and his ‘68 Coronet RT 440. Rod served in many ways throughout his life, including a Spanish speaking mission for the Church of Jesus Christ of Latter-day Saints in California, oddly enough in the same area where he grew up many years before. After moving to Utah to attend Brigham Young University, Rod married and shortly afterwards settled in Provo, where he lived for the rest of his life. For the first couple of years after his marriage, he provided loving care in his home for his grandfather at the end of his life. This led to a brief career as a Home Health Aide, for which Rod received awards and recognitions due to his excellent care. He developed several friendships while serving in this capacity which remain intact to this day. His skills as a mechanic led his sister to dub him “The Car Whisperer” and it’s hard to meet anyone who knew Rod who didn’t have a story to tell about his assistance with their car in one way or another. He never expected payment, and would happily spend hours fixing, improving, or helping to purchase vehicles for family and friends. Rod also loved to ride his custom painted motorcycle, and visited Sturgis several times, again, making friendships that have survived through the years. This might be the time to say that Rod could, and did, make friends with anybody and everybody from all walks of life at anytime and anywhere. Within minutes of meeting someone, he would find a personal connection and initiate a conversation making them feel like an old friend. He educated himself on many, many subjects, and had a wide expanse of knowledge in so many areas; it was hard to find something he could not discuss at great length. He had a terrific, and sometimes a little twisted, sense of humor, and was passionate about several of his opinions on a variety of subjects but could and did relate to anyone with respect in a conversation. Relationships were very important to Rod, and he kept in touch with people from early in his life to the time of his passing. He would drop everything to go to the assistance of a family member or friend in need. All felt a close connection and will miss him terribly. Although he loved working on cars and other types of vehicles, and caring for people as a Home Health Aide, he went back to school to get a degree in Computer Science from Utah Valley University, leading to a very successful career as a Software Quality Assurance Analyst and Engineer for several different companies. In this capacity, he traveled the United States and the world, at times providing on-site technical support for over 100 Corporate Events a year. His expertise was in high demand, and clients often requested him and his team above any others for their events. Rod is survived by his three wonderful and brilliant children, JT (Rachel) Allen, Bianca Allen, and Michael Allen. He is also survived by his older brother and sister, Richard (Tamara) Gribble, and Luone Ingram, along with several nieces and nephews. He was pre-deceased by his parents, Robert (Cleo) and Barbara Gribble, and his brother-in-law Brad Ingram. Others who will mourn him and remember him with great love are his girlfriend, Dee Flannery, Kerri (Chase) Haacke, Bryan (Michael Stoyanoff) Liston, and Brad Liston, along with many other extended family, neighbors and friends too numerous to mention by name. A celebration of life will be held June 27, 2020. The family will reach out when further arrangements have been made (search for Remembering Rod Allen on Facebook). In lieu of flowers, may we suggest that you take a moment to reach out and connect with someone you love. If so desired, donations may be made to the American Heart Association American Heart Association via Charity Navigator.

The family of Roderick "Rod" Terry Gribble Allen created this Life Tributes page to make it easy to share your memories.