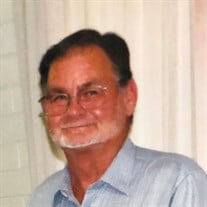 Ronald E. Anderson Obituary January 5th, 1938 – March 31st, 2019 Our beloved husband, father and grandfather passed away on March 31st, 2019. He was born in Salt Lake City, Utah on January 5th, 1938 to Clarence and Rhoda Anderson. He married Diania Mary Zumbrunnen on February 3rd, 1968 and they were married for 51 years at the time of his death. He retired from the Utah State Highway Department after 30 years of hard work. Ron was an avid golfer, coin collector and enjoyed spending time with his family. He had a special place in his heart for all of his grandchildren. He loved to be outdoors fishing, boating or just simply raking leaves in the yard. He had a keen sense of humor that lasted throughout his entire life. He will be dearly missed. Ron was preceded in death by his parents and sister. He was survived by his wife Diania, brother Keith, sisters Sally & Rosie, children, Ronald J. Anderson, Lisa Anderson, Robert (Angel) Anderson, Jennifer (Jake) Fueri, and grandchildren, Alex Anderson, Paige (Kohl) Riekhof, Dylan Thompson, Charissa Blanke, Samantha, Cheyenne & April Anderson and Veronica and Cordell Martindale. There will be a viewing on Thursday, April 4, 2019 from 11:00-12:30 at Nibley Park Ward, 2465 S. 800 E. Salt Lake City, Utah. There will be a graveside service at 1:00 at Wasatch Lawn Cemetery, 3401 S. Highland Drive, Salt Lake City, Utah.

The family of Ronald E Anderson created this Life Tributes page to make it easy to share your memories.