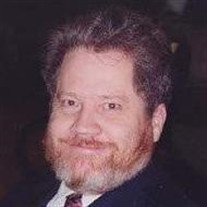 Ross Young Cromar 1951-2017 Ross Young Cromar passed away in Salt Lake City, Utah on May 20, 2017 at the age of 65. He was born on November 13, 1951, in Denver, Colorado, the youngest of 6 sons and 1 daughter born to Raymond Kenneth Cromar and Louine Clawson Young Cromar. He had a happy, active childhood growing up alongside nieces and nephews, who were close to his own age, spending many fun-filled hours in their homes. Ross graduated from South High School in Denver, and later served as a missionary for the Church of Jesus Christ of Latter-day Saints in the Ohio Mission. He attended Ricks College in Rexburg Idaho where he achieved an Associates Degree in Arts and Sciences. He also gained expertise in tuning pianos, a skill that gave him great satisfaction and opportunities for work. Ross met and then married Joyce Elizabeth Taggart, on April 27, 1976, the sealing ordinance performed in the LDS Ogden temple by Ross’ uncle, S. Dilworth Young. To this union were born a daughter, Charlene Valentine, and a son, Charles Raymond. Although divorced later, they forever remain eternal companions in heart and spirit. Ross was a gifted pianist and prolific composer. His works inspired others to compose as well. His compositions were recently arranged and published for others to enjoy and a concert, where many of his original pieces were performed, was given to honor him and his “Tower of Music” on April 15, 2017. Surrounded by friends and family he was filled with joy and gratitude that this dream was realized. Although challenged with mental health issues throughout his adult life, Ross was still able to have a positive impact on so many. He sought opportunities to serve and shared his limited possessions and resources with anyone in need that crossed his path. With his dry wit and a ready smile he made every effort to brighten the day of others. He was proud of his pioneer heritage and had a deep and profound faith in the Gospel of Jesus Christ. Ross is preceded in death by his parents, a brother, Don Young Cromar, and granddaughter, Kaylee Cromar. He is survived by Joy, Charlene (Robert) Vance, Charles, (Amanda) Cromar and grandchildren, Noa James Vance, King Vance, and Kazen Cromar. He is also survived by his siblings, Kenneth (Lynda), Aurora, CO; Penni (Don) and Dale (Hevia), Salt Lake City; Carlie (Paul) Jensen, Thayne, WY; Bruce (Helga), Boulder, CO; and Glen (Alene), Colorado Springs, CO. He will be remembered as a loving “Uncle Ross” by his many nieces and nephews, and grand-nieces and grand-nephews. Ross always left this admonition when saying goodbye, “Have a Good, Great, Grand, and Glorious Eternity!” The extended family is grateful to his brother, Dale, and cousins living locally who have enabled for so many years several outings and activities that brought great joy and pick-me-up for Ross. We also extend our heartfelt thanks to the staff and residents of Fairview Care Center, Ross’ home for the past few years, who offered loving care and friendship and to his ward family in the LDS Tenth Ward for all the love, support, and encouragement they gave Ross. Funeral services will be held Tuesday, May 30, 2017, at The Tenth Ward LDS Chapel, 420 South 800 East, SLC, Utah, at 11:00 AM. A viewing will precede this service at the same location between 9:30 and 10:45 AM. Burial will be at Sugar Salem Moody Cemetery, 1050 North 2000 East, Sugar City, Idaho, on Wednesday, May 31, 2017 at 1:00 PM.

The family of Ross Young Cromar created this Life Tributes page to make it easy to share your memories.

Ross Young Cromar passed away in...