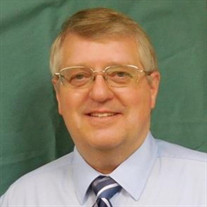 Ryan Leo Black passed away Friday February 5th at the hospital in Ogden Utah from congestive heart failure at the age of 58. He was in Utah visiting his new Granddaughter born two weeks earlier. Ryan was born October 2, 1962 in Sandpoint, ID. The third child of Michael H. and E. LaRene (Fowles) Black. He spent his childhood like many active young boys with many bumps and bruises. He spent many summers in Northern Idaho on many family outings. Hiking, camping, fishing, hunting, trapping with his Grandpa, and picking huckleberries. He attended Othello High School and graduated in 1981. During High School he played the baritone saxophone, played football as a right linebacker and fullback, wrestled, participated in track, and earned his Eagle Scout award. He attended Ricks College for a semester before working for the Othello Community Hospital as a member of the ambulance team. He prepared and served an eighteen month mission for the Church of Jesus Christ of Latter-day Saints in Bahia Blanca Argentina. Upon returning home he married his soul mate Shelley Cole for eternity in the Seattle Temple. He attended Wenatchee Valley Community College to become an X-Ray Technologist. Over the years he worked and moved his family to many different locations such as Thermopolis WY, Burien WA, Pasco WA, Othello WA, Dillon MT, Ennis MT, Billings MT, Kodiak AK, and finally Chester MT. He was an active member of The Church of Jesus Christ of Latter-day Saints and served in many callings including a Bishop for 5.5 years in Kodiak AK. He was active with the youth and was instrumental in helping his two boys receive their Eagle Scout award and serve full time missions of their own. He loved the outdoors, hunting, fishing, spending time with family and friends. He is survived by his mother LaRene Black of Moses Lake WA, one sister LaDawn and Dan Reynolds of Quincy, WA, and three brothers: Mike and Teresa of Othello, WA, Troy and Kristina of Hayden Lake, ID and Toby of Moses Lake, WA; His beloved wife of 36 years, Shelley; His four children Levi and Jessica Black, Kayla and Jordan Cubbadge of Ogden Utah, Jeremiah, and Mandi; and five Grandkids: Leo, Bair, Calvin Black, Denali and Rally Cubbadge. He was preceded in death by his father Michael H. Black. A viewing will be held Saturday, February 13th, 9 - 10 am at 5900 W. 5500 So. Hooper, followed by graveside services at Hooper Cemetery.

Ryan Leo Black passed away Friday February 5th at the hospital in Ogden Utah from congestive heart failure at the age of 58. He was in Utah visiting his new Granddaughter born two weeks earlier. Ryan was born October 2, 1962 in Sandpoint,... View Obituary & Service Information

The family of Ryan Leo Black created this Life Tributes page to make it easy to share your memories.