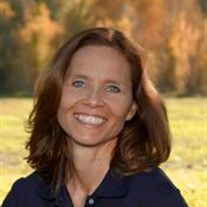 Shannon Peterson Sevison passed away peacefully, surrounded by her family on Sunday, August 18, 2013, after a valiant three-year battle with breast cancer. She was born on March 15, 1964 in Holbrook, AZ to Elwood and Beth Peterson. She was raised in Snowflake, AZ, where she learned to love athletics and competition at a young age. She was born with the drive, determination and talent to succeed at anything she put her mind to do. She played on several state championship teams in basketball and volleyball. She attended Yavapai College and Northern Arizona University on a full-ride basketball scholarship where she became the first female athlete from NAU to become an Academic All-American (and her team beat BYU, one of her dad’s proudest moments). She went on to get a master’s degree in physical education from BYU, and then, continued on to coach basketball at College of the Redwoods in Eureka, CA. Five years later, she decided she wanted to be closer to family and moved to Provo, UT, where she met the love of her life, Jay Sevison. They were sealed for time and all eternity in the Mesa, AZ temple on March 22, 1996. Jay brought a son with him into their marriage and four more children, one girl and three boys soon followed. Being a wife and mother were the most rewarding experiences in Shannon’s life. She took the same drive, determination and love she had used her whole life and applied it to teaching her children and making her home a place where everyone wanted to be, and everyone was welcome. Family and friends were always extremely important to Shannon, and she worked hard to stay in touch with immediate and extended family. She enjoyed learning about her ancestors and their stories. She felt a real connection to them. Shannon was very patriotic and loved her country. She was extremely active her whole life, loved fitness and took great care of her body. Shannon has always been a faithful member of the Church of Jesus Christ of Latter-day Saints and held many callings, where she served valiantly. She was always very kind and loved meeting new people and long lost relatives. She was funny and had an awesome sense of humor. She was the life of the party and all her little nieces and nephews love their favorite Aunt Shannon. She lived a life full of service and devotion to her Savior, and she died having a valiant testimony of Jesus Christ, knowing that she will be with her family again for eternity. She is survived by her husband Jay Sevison; children: Jayson, Andelin, Bradley, Jackson and Justin Sevison of Provo, UT; parents: Elwood and Beth Peterson, Snowflake, AZ, Jack and Betty Sevison, Brigham City, UT; siblings: Loni (David) Parker, Firestone, CO; Dallas (Brendee) Peterson, Snowflake, AZ; Amy (Dave) Braithwaite, Perry, UT; Russel (Nicole) Peterson, Snowflake, AZ; Laurie (Todd) Furstenau, Overland Park, KS; JoLynn (Dean) Wood,Tempe, AZ; Mack (Monica) Peterson, Glendale, AZ; and Andrea (Rand) Holyoak, Orem, UT; and many nieces and nephews. Funeral services will be held at 10:00 a.m. on Saturday, August 24, 2013 at the Colonial LDS Church Building, 1625 South Slate Canyon Drive, Provo, UT. There will be a viewing on Friday evening, August 23 from 6-8:00 p.m. at the church and again on Saturday prior to the service from 9:00-9:45 a.m. The family would like to express their deep gratitude to all the doctors (Dr. Buys), staff and healthcare professionals at the Huntsman Center and to the many friends and neighbors who provided meals and hours of service to Shannon and her family.

Shannon Peterson Sevison passed away peacefully, surrounded by her family on Sunday, August 18, 2013, after a valiant three-year battle with breast cancer. She was born on March 15, 1964 in Holbrook, AZ to Elwood and Beth Peterson. She... View Obituary & Service Information

The family of Shannon Peterson Sevison created this Life Tributes page to make it easy to share your memories.