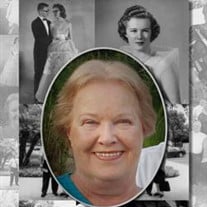 Sharon Sue (Blalock) Carney passed away at home in West Jordan, Utah, at 3:05 a.m., Thursday, February 27, 2014, holding her husband&#8217;s hand and with her children and grandson around her. Sue, as she has always been known, was born to... View Obituary & Service Information

The family of Sharon Sue Blalock Carney created this Life Tributes page to make it easy to share your memories.