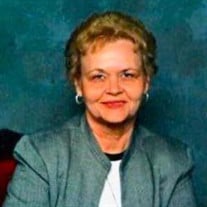 Sharon Rose Killpack passed away during the evening hours of June 1, 2022 with family by her side. She was born in Provo, Utah on May 20, 1945 to Edward and Rosalie Killpack. Her family moved to Oregon in 1959. She graduated from South Eugene High School in 1963. Following high school she pursed a degree in Elementary Education Special Ed from BYU. She later went back to school, majoring in Business Administration and Computer Science at what is known now as UVU (Utah Valley University). In 1965 Sharon married Charles Mayo in Fontana, California. Together they had three children. While they lived in many parts of the state, she most enjoyed the area of Fortuna along the Northern Coast. During their divorce, in 1976, Sharon moved back to the state of Utah. Sharon had many employment roles throughout her life, the two she enjoyed most were working as loan officer at a local credit union and as the office manager at her oldest son's business. While in her late 60's, she started her own business: Cards and Crafts by Sharon, where she sold handcrafted greeting cards, necklaces, knitted items and customized bee magnets. Sharon served two service missions for The Church of Jesus Christ of Latter-day saints; the first at the BYU Family History Center and the second was as a World Wide Support Missionary for New Family Search. She was a member of the Multi Utah Single Adults Choir for over 12 years. She loved gardening, canning, genealogy, reading, painting, crafts, music, and her family. Sharon is survived by her brother Ted (Phillis) Killpack of Springville Utah; sisters Merrillyn (Scott) Taylor of Lehi Utah, and Karla Burnett of Draper Utah; her three children Carl (Shawnan) Mayo of Provo Utah, Shawn (Jennifer) Mayo of Apple Valley California, and Melinda (Phil) Mayo-Jenkins of Bridgnorth England. Ten of her eleven grandchildren: Brigette (Nan'l) Mitchell, Kyle Mayo, Michelle Mayo, Kaela (Blake) Fulton, Leah (Jacob) Attwood, Colin (Haley) Mayo, Ryan Mayo, Eian Mayo, Jacob Mayo, and Katie Mayo; 6 grandcats; and 4 great grandchildren. She is preceded in death by her parents, sister Kandace Davies, and grandson Zachary Mayo. Funeral service will be held on Friday, June 10 at 12:00pm at the Provo Parkway 3rd Ward building, 3111 West 1390 North, Provo, Utah with a viewing that morning from 10:30-11:30am. Interment to follow at Evergreen Cemetery, 1997 South 400 East – Springville, Utah.

Sharon Rose Killpack passed away during the evening hours of June 1, 2022 with family by her side. She was born in Provo, Utah on May 20, 1945 to Edward and Rosalie Killpack. Her family moved to Oregon in 1959. She graduated from South Eugene... View Obituary & Service Information

The family of Sharon Rose Killpack created this Life Tributes page to make it easy to share your memories.

Sharon Rose Killpack passed away during the evening hours of...