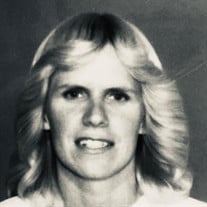 In Loving Memory of, Sherie Ann Littlefield September 3, 1953 – October 26, 2020 Eagle Mountain – Sherie Littlefield, age 67, passed away in her home on October 26, 2020 surrounded by loved ones. She had been living with dementia and recently diagnosed with supernuclear palsy. It was her fervent hope to live out her life in her own home with her family. Sherie was born September 3, 1953 in Sioux Lookout, Ontario. She was raised on a farm in New York, moved to Alabama, and as a teenager lived in Nevada where she graduated from Clark High School. She attended LSU for a few semesters before marrying Bob Emerson in 1973. They first lived in Utah, then moved to Metairie, Louisiana and began their family with the birth of their daughter, Julie Ann in 1976, followed by the birth of their son Michael Robert in 1978. Divorce, work opportunities, and family brought her to Brigham City, Utah, where she eventually was hired as a quality assurance inspector at Thiokol. She worked there for eighteen years while being a single mother to her two children. We remember her as a loving, fun, and hard-working mom who enjoyed taking us on family outings and provided a steady home. Sherie remarried later in life and had a second chance at motherhood. She was instrumental in raising her husband’s young daughter, Ashley Taylor for ten years. After her divorce, she moved to Washington State to live with her daughter’s young and growing family for a year before returning to Utah to live with her son and his family. Her last years living in Eagle Mountain were some of her best. She had a very loving and cherished relationship being in the care of her daughter-in-law Shamie, her son, and grandchildren. It was especially remarkable, that she was given the opportunity to reconnect with her first love, Bob. We are so grateful they could find each other again. They spent her last few years, and especially her last few months together. Bob was instrumental in her care and comfort in her final days. Sherie enjoyed bowling, volleyball, coaching her son’s soccer team, and family adventures in her younger days. In her final years, she found so much happiness in spending time with people. She spent a lot of time at the Senior Center and thankfully was watched over and loved by many she encountered there. She loved taking walks with Bob, and she also loved walking Hanna and Toshi, the family dogs. She found so much joy in traveling and always looked forward to visiting her daughter and her daughter’s family in San Diego, as well as her sister Brenda in Oregon. Sherie is survived by her children Julie Lisowski (Matthew) and Michael Emerson (Shamie), her step-daughter Ashley DeGroff, her grandchildren Tristan (Shelby), Joshua, Cassady (Aaron), Isaac, Catherine, Matthew, Anthony, Jessica, Nicholas, and her great-grandchildren Athena and Pheobe, her sister Brenda Bjornberg (Dale), brother David Littlefield (Lori), brother Matthew Eubanks, and sister Teresa “T.C.” Charlton. She was preceded in death by her sister Patricia Lu, (1955) her father, (2009) and her mother (2014). A Celebration of Life will be held at The Church of Jesus Christ of Latter-Day Saints located at 4561 Buckboard St., Eagle Mountain, UT 84005. Family will have a small service from 6:00 – 6:30pm and anyone wishing to pay their respects are welcome to come anytime between 6:30 – 8:00pm.

The family of Sherie Ann Littlefield created this Life Tributes page to make it easy to share your memories.