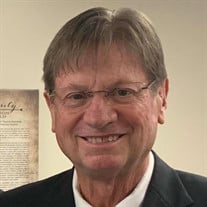 On December 9th, 2021, Stephen Craig Henderson, 70, died at home surrounded by people who love him. He had fought cancer for 18 months with superhuman-strength to give those he loved more time with him before his final “goodbye.” Steve was born on December 24th, 1950, in Salt Lake City, Utah, to Hubert Teamon Henderson and Joyce Holmes Henderson, who preceded him in death. He is the second of five children – Brent, Stephen, Mark, Greg, and Jeralee – and is survived by Brent, Greg and Jeralee. His brother Mark preceded him in death in 2007. Steve’s parents settled in Walnut Creek, California, in 1961. Steve raised chickens and pigeons growing up and never stopped loving birds. At times he had more than 200 pigeons that would fly in circles over his home. Once he turned the garage into a bird incubation farm. He had ducks, chickens, 500 pheasants – “they were a good deal” – and turkeys under heat lamps. He enlisted the help of children and grandchildren to clean up after them but the smell overwhelmed the garage. He was never allowed to have that many birds again… in the garage. Steve graduated from Los Lomas High School in Walnut Creek, California, and then from BYU in Provo, Utah. In 1974 he married his first wife and they had three children: Craig (spouse, Julie), Bradley (spouse, Janae) and Todd (spouse, Lisa), who survive him. On January 11th, 1986, he married the love of his life, Claire Lim Thompson, who survives him. They added three more children to the family: Alex (partner, Jackie Bearnson), Andrew (spouse, Karli), and Allison (awesome daughter), who survive him. In 1984, Steve started a printing business called Advanced Graphics. It has grown over the years and moved five times. The final move was to Utah in 2006. All of his children and many grandchildren have worked there at one time or another. Steve was known to offer people jobs just because they needed one. It was one of many ways that he liked to help people without taking credit. Steve loved spending time with his family; it’s what made him happy. He always supported his children and grandchildren in pursuing their hobbies and really enjoyed traveling with Claire. Claire and Steve have been to multiple American, European, and Asian destinations. One of their most memorable trips was to see the fjords of Norway in 2019. They have a lot of great memories and photos of them traveling with friends. Steve was passionate about cars and fishing. He and his best fishing-buddy, Tom Lucia, liked to fish in the San Francisco Bay and go “outside the Gate” for tuna, salmon, halibut and shark. They would also shop for cars together whether they needed one or not. Once while docking the boat both Steve and Tom ended up in the water along with loose money from Steve’s pocket that blew across the marina. Other boaters helped them fish the money out of the Bay, and Steve claimed he got it all back. Steve was a faithful and devout member of the Church of Jesus Christ of Latter-day Saints. His faith in Jesus Christ was the foundation of his character. From 1970-1972 he served a church mission in Scotland. Over the years he served the Church in a variety of capacities but was happiest serving the youth. He was always ready to bring his boat to activities and teach people how to waterski. He was a skilled public speaker and people loved his faith promoting messages. Stephen will be missed and forever loved by his wife, six children, 13 grandchildren, and countless family and friends. Services: A funeral and viewing will be held on December 18th, 2021, at the church on 1035 S Angel Street, Kaysville, Utah, 84037. The viewing is from 10:00 a.m. to 11:45 a.m., and the funeral service will start at 12:00 p.m. To view the service online click here http://mywebcast.churchofjesuschrist.org/Events/kaysvilleweststake Flowers can be sent to the church one hour prior to services. Online condolences may be left for the family at www.premierfuneral.com

On December 9th, 2021, Stephen Craig Henderson, 70, died at home surrounded by people who love him. He had fought cancer for 18 months with superhuman-strength to give those he loved more time with him before his final &#8220;goodbye.&#8221;... View Obituary & Service Information

The family of Stephen Craig Henderson created this Life Tributes page to make it easy to share your memories.