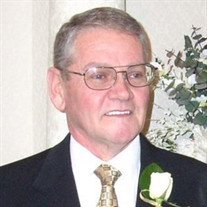 Stephen Uytenbogaardt Steve was born on February 12, 1943 to Willem and Ruth Uytenbogaardt in Pretoria, South Africa. He had a fun filled childhood with his older sibling Donald and close cousin, Maureen. He had fond memories of living next to the zoo, and often told stories of his encounter with a peacock and acquiring a tortoise. He was introduced to the church at the age of 19 and was baptized after developing a strong testimony of its truthfulness. He loved to serve the Lord and had the many church assignments particularly involving missionary work and training of new leadership. This calling took his travels throughout Northern South Africa and Swaziland. He was called as a Seventy and set apart by Elder Boyd K. Packer. He also served as a temple worker and always expressed a desire to return in spite of his failing health. He served in the Merchant Navy of South Africa which took him on worldwide travels, and developed a deep love for the ocean. He loved playing volleyball and badminton during his young adult years. He was known for his friendliness and had a wonderful sense of humor. He constantly played jokes on his co-workers, family favorites are of him relating how he jumped out of a box to scare a member of his crew, and putting a dead snake in one of his crewmembers shoes. He touched the lives of many young men throughout the course of his life because of his light heartedness and ability to relate to them. He has always been known to have the talent to fix anything, even if there were leftover parts after the completion of his project. He had a passion for vehicles, at one stage owning a motorcycle and Volvo which he would polish frequently and spray the engine down to keep it looking as though it were new. In later years he was known to take the Vesper he was gifted and push it to the maximum speed. He would often take his family on spontaneous holidays to the sea (even though he couldn't swim) or to the Game Reserve. He passed his love of nature on to his children and always had a soft spot for animals, especially birds. He worked hard to provide for his family and was awarded for his innovativeness and dedication wherever he was employed. He is truly a pioneer in every sense of the word, leading his family to a country that would provide greater opportunities. Because of this move, he relinquished any ability to retire and worked to provide until he couldn't anymore. He is survived by Annette Annandale Uytenbogaardt, the love of his life, they were married on September 4th, 1972. He sold his beloved Volvo to take her to the London temple to be sealed for time and eternity. He leaves behind his children Clinton and Celeste, Carmen and Mike, and Byron, his grandchildren, David, Morgan, Tyler, Ashley, Julia, Matthew, Seth, CJ and Aiden. He was taken home on August 23rd, 2020 and passed peacefully surrounded by family on both sides of the veil. In lieu of flowers, donations would be appreciated. Donations can be sent to their gofundme page at www.gf.me/u/yt5jn7 The services for Stephen Uytenbogaardt will held in the form a Graveside service at the Lindon Cemetery at 600 North 200 East Lindon, Utah 84042 Aug 27, 2020 10:00 MST All who would like to attend are welcome. For our South African friends or those who do not comfortable in person, we will be broadcasting the services Via Zoom. Topic: Stephen Uytenbogaardts funeral Time: Aug 27, 2020 10:00 AM Mountain Time (US and Canada) Join Zoom Meeting https://zoom.us/j/99121104599?pwd=N0llZVBwdWxMQ1ZBQWNNdTY1TzZLZz09 Meeting ID: 991 2110 4599 Passcode: 1kuDmF Thank you all for your wonderful prayers, well wishes and messages. We love and appreciate you all. Lot of love The Uytenbogaardts

Stephen Uytenbogaardt Steve was born on February 12, 1943 to Willem and Ruth Uytenbogaardt in Pretoria, South Africa. He had a fun filled childhood with his older sibling Donald and close cousin, Maureen. He had fond memories of living next... View Obituary & Service Information

The family of Stephen Uytenbogaardt created this Life Tributes page to make it easy to share your memories.