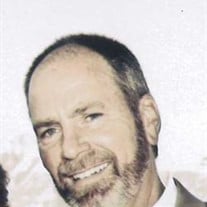 On January 13, 2015, Steven Merriam Larsen was called up to the “Big Leagues.” The hosts of heaven have just taken back one of their best. He passed away unexpectedly from heart failure in his home in American Fork, Utah. Steve was born on April 10, 1950 to Gene and Jean Larsen in Salt Lake City, Utah. He played baseball for and graduated from Granger High School. He, then, served as a missionary in Argentina for the Church of Jesus Christ of Latter-day Saints. Steve married his best friend, Sherrie Lynn Van Ry, on December 2, 1971 in the Salt Lake LDS Temple. Although she will now continue their dance alone, their love is forever sealed in heaven through the Priesthood of God. Like all of us, Steve only had one crack at this life and he truly hit a home run. The ironic thing is that he would be the last person in the world to tell you about his accolades. That is just who he was. Whatever he set his mind to, he did well. Steve found great joy in the outdoors, whether he was hunting, fishing, gardening, or just setting up a camping trip all could enjoy. His footprints dot nearly every surrounding canyon, lake, peak and ravine. The one thing Steve loved more than nature, however, was his family. He had a huge heart and it seemed to swell with each new grandkid. No roller coaster ever got too big, no recital or ballgame was ever too trivial, and no joke was ever too silly. He was the quintessential everything. Steve was also a very talented artist and had an impeccable eye for color. He was pursuing his dream of being a painter up until his death and now has the endless skies as his canvas. In death, Dad is now reunited with his precious daughter, Julie, and his dear parents. He is survived by his beautiful companion (Sherrie Lynn), his in-laws (Cornelius and Joan Van Ry), his sons and daughters (Lana and Richard Mousley, Steven and Noell Larsen, Jamie and Luke Sieverts, and Nikki and Gentry Bean), his grandkids (Alexis, Cody, Hunter, Gage, and Makenna Mousley, Bridger and Whitley Larsen, Bailey, Adrianna, and Elise Sieverts, and Rylee Bean), his siblings (Charlene and Ron Bigelow, Mike and Robyn Larsen, Jim and Roger Larsen, and Richard Larsen), and many uncles, aunts, cousins, nephews, and nieces dear to his heart. His granddaughter, Alexis, is currently a missionary in England. Funeral services will be 11:00 am, Saturday, January 17, 2015 at the Barratt Building American Fork 30th Ward, 261 North 900 East, American Fork, Utah with a viewing at the church prior to services from 9:45 to 10:45 am. A viewing Friday evening, January 16, 2015 will be held from 6:00 to 8:00 pm at the Taylorsville Stake Center, 4845 South Woodhaven Drive (1365 West), Taylorsville, Utah. Interment at 1:30 pm, Saturday, January 17, 2015 at the Valley View Memorial Park, West Valley City, Utah.

On January 13, 2015, Steven Merriam Larsen was called up to the &#8220;Big Leagues.&#8221; The hosts of heaven have just taken back one of their best. He passed away unexpectedly from heart failure in his home in American Fork, Utah. Steve... View Obituary & Service Information

The family of Steven M. Larsen created this Life Tributes page to make it easy to share your memories.