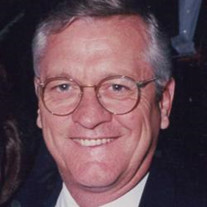 Our beloved husband, father, brother, and papa passed away quietly on the morning of March 25, 2015. Steve was born July 10th 1947 in New York City, New York, to Arel and Ruth Smith. Throughout Steve’s life he lived in New York, Texas, Oklahoma and Utah, which allowed him to build great relationships with many individuals. After High School Steve served in the US Navy, working in communications. He then attended his first year of college in Texas, where he became friends with one of his professors, who later introduced him to the Church of Jesus Christ of Latter Day Saints. After being baptized, Steve moved his family to Utah and attended Brigham Young University, where he graduated with a degree in business. Steve’s love for the health industry led him to begin his career at Nature’s Sunshine, where he spent many wonderful years. His passion in the industry later guided him to build several nutritional companies, including SuLin International. Steve had the ability and drive; to accomplish anything he put his mind to! Steve met his first wife Linda, while living in Texas. It was love at first sight. After having 6 beautiful children and 20 years together, Linda lost her battle with cancer. Shortly after Linda’s passing, his daughters Brianne and Jessica introduced Steve and Rosemarie. They quickly fell in love. After marrying they had a combined 12 children! Together they enjoyed many years of family dinners, playing dominos, and spending time with their 42 grand children. Anyone that knew him loved his laugh! Steve loved taking his grandkids on motorcycle rides, going to BYU games, and spoiling his puppies. Steve had great faith and enjoyed serving the Lord in his many church callings. Steve was preceded in death by his wife Linda, his mother Ruth, Father Arel, and his brother Bobby. He is survived by his loving wife Rosemarie, his siblings Anna Mae (John) Peptis, Charlene (Mike) Rienhard, Kenneth Williams, Shelly (Paul) Romero. His children Brandon (Tonia) Smith, Stefanie (Gabe) Birrer, Darrell Billie, Kathy (Matt) Taranto, Dana Smith, Brianne (Nate) Hovey, Steven B. Smith, Jason (Melissa) Nielson, Allyse (Patrick) Sedivy, Marisa (Joel) Wright, Josh (Shannan) Nielson, Jared (Lacey) Nielson, Jessica (Craig) Hayward and 42 wonderful grandchildren. Funeral services will be held 12:00 Noon, Saturday, March 28, 2015 at the Church of Jesus Christ of Latter Day Saints, located at 10351 N. Bayhill Drive Cedar Hills, Utah. Visitation is from 10am-11:30am. Interment at Eastlawn Cemetery in Provo, Utah.

The family of Steven R. Smith created this Life Tributes page to make it easy to share your memories.

Our beloved husband, father, brother, and papa passed away quietly...