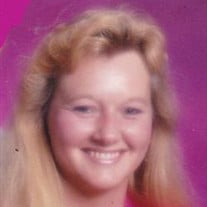 Susan Ford Warren Bithell Our Beautiful Wife, Mother, Sister, Aunt, Grandma, Cousin and Daddy’s Little Girl was taken from us far too soon due to Liver Disease on June 16, 2014. Just 10 days before her 55th birthday, three months and five days after her Mother had past and on her Aunt Ann’s Birthday. Susan Ford Warren Bithell was born on June 26, 1959 in Ogden, Utah to Lawrence Mack and Patricia Lee Cahoon Ford. She was the second of four girls and was a graduate of Davis High School. Mom met and married Quinn Warren while in high school. Later they received a special gift of love, son Joshua Quinn. They later divorced. Mom met Bryan at Parkview Nursing Home where Mom worked as Head Cook and Nutritionist. Mom married Bryan Kenneth Bithell. After several years their little princess Samantha Rae came along unexpectedly. Her children were the joy of her life. It was only fitting that Mom was at Avalon (previous named Parkview Nursing Home) when She passed away. Mom worked many places as a cook throughout her life. She had her Grandma Ford’s cooking skills, never needing a measuring spoon or cup, always by taste, touch and smell. She later worked for Albertson’s as a cashier. Mom was a great cook and made most things from scratch. Cooking from a box was cheating and the easy way out she would say. The thing we will miss most is her making biscuits and gravy every Christmas morning at Grandma and Grandpa Ford’s house, where would all eat her great breakfast before opening presents together. Mom loved to play Kings Corners, Tripoli and any other card games. When she and her sisters were younger they would play with pennies then it was not gambling. Mom loved her music from The Cars to Tom Petty and The Heart Breakers. Her favorites were Fleetwood Mac and Michael Jackson which she could not get enough of. She loved to go camping and fishing the old fashion way, out in the mountains in a tent. She also never without a pet and had several cats and dogs over the years. Mom’s love was collecting Salt and Pepper Shakers. She has too many to count but loved to display them along with her collector plates which had things she liked on them. She is survived by her husband of 24 years Bryan Kenneth, son Joshua Quinn Warren, daughter Samantha Rae Bithell, step-children Todd Bithell and Trisha Annette Bithell Klaus. She leaves behind her broken hearted Father Lawrence Mack Ford, Sisters Debra (Fil) Ford Martinez, Cindy Ford Salisbury, and Patti Lee Ford Daniels. Mom also leaves behind 4 Step-Grandchildren along with Jeff Wintle, Brenda Watson and numerous Aunts, Uncles, Nieces, Nephews and Cousins. She is preceded in death by her Grandparents, most recently her Mother Patricia Lee Cahoon Ford, Baby Girl Ford (sister), Aunts Allene Ann Cahoon Norman, Joan Ford Allen and Kathy Ford Helmick. It was only fitting that Mom was by giving us the bird when we saw her for the last time. We would like to thank each and every care giver throughout her journey and for taking care of her ever so gently even thru the tough times. There will be a graveside only service at Leavitt’s Mortuary 836 36th Street, Ogden Utah on Saturday, June 21, 2014 at 1:00 p.m. Please come directly to the graveside. Go north past the office stay right and continue on. We love you Mom and will miss you terribly. Mom says, “NO SOUP for you come back one year”!

The family of Susan Bithell created this Life Tributes page to make it easy to share your memories.