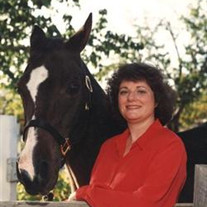 Suzanne Louise Lutz passed away February 16, 2014 of complications due to cancer. She fought a valiant fight and can finally rest…though we know she'll keep busy on the other side. Suzanne was born June 27, 1952 in Centerline, Michigan to Ralph Gladstone and Mickie Matthews Lutz. She moved with her family from Michigan to Riverside, California at age six, where she lived for 16 years. She was a devout missionary for The Jehovah’s Witness faith and in 1974, at age 22, was sent to Orem, Utah to do missionary work as “the need was great.” Seven years later, after much resistance and great family sacrifice, she was baptized a member of The Church of Jesus Christ of Latter-Day Saints. She had a strong testimony of the gospel of Jesus Christ and lived her life according it's teachings. In 1976 she was hired as a Unit Secretary in the ER at Utah Valley Regional Medical Center and held that position for 5 years. She later became the ER Supervisor, working there for nearly 30 years, until 2006. She had great love and respect for the people she worked with and many eternal friendships were made. That same year she began working as the manager for Beehive Homes until this past December when she was diagnosed with cancer and became too ill to work. There too, she made lasting friendships. Suzanne spent many years at C Bar C Ranch in Orem, first as a student, then as a proud horse owner of her beloved horse Corazon, and eventually as a teacher of handicapped children, teaching them how to ride. Suzanne headed up the parade group which won many trophies over the years for best horse group. Carolyn Bennett, owner of C Bar C, and all of the other "horsey" friends there valued Suzanne's wonderful contributions of service, kindness, and great sense of humor. After a day at the barn Suzanne would sit on an overturned water trough and enjoy the quiet of the evening. She would say that her favorite perfume was BarneII - which she proudly wore. Suzanne loved music and played the piano in various church auxiliaries. She played in a band formed by ladies from the neighborhood. The band played at church functions, rest homes, and at the Heritage State Park in Salt Lake City. Her greatest treasures are her two children, Shane and Emily. She was a devoted mother and sacrificed much for them. She loves them dearly. She was a faithful daughter and great friend. Suzanne is survived by her children; Shane Matthew Lutz and Emily May Lutz, her parents (Provo, UT.), her brothers; David (Ontario, CA.), Tom, (Vacaville, CA.), Mark (Blythe, CA.), and a sister, Denise Deltonto (Montose, CO.), 3 nephews, 3 nieces and 1 grand-nephew, and her faithful dog, Jazzey. In lieu of flowers, donations may be made at any Utah Community Credit Union branch

Suzanne Louise Lutz passed away February 16, 2014 of complications due to cancer. She fought a valiant fight and can finally rest&#8230;though we know she'll keep busy on the other side. Suzanne was born June 27, 1952 in Centerline, Michigan... View Obituary & Service Information

The family of Suzanne Louise Lutz created this Life Tributes page to make it easy to share your memories.