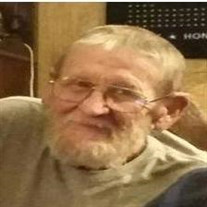 Terry Dan Collier 4/21/46 – 4/5/2018 Terry Dan Collier passed away peacefully in his sleep on morning of April 5th, 2018, in the home of his sister Dana, with his family surrounding him with love and prayers. Terry was preceded in death by his Daniel S Collier (Father) Carrie Ann (Daughter), Mike Leon Collier (Brother) Phyl David Jr Collier (Nephew) & His Beloved Mother Phyllis Ruth Miller Collier as well as many extended family members. He is survived by his Son Terry Jack Collier, Brothers Phyl (Gladwyn) Collier, J.D. (Stacey) Collier, K.C. Collier, sister Dana Collier Cornia, Niece Michelle Collier, Nephews Brad Curtis & Justin Nowak and their spouses as well as a variety of great nephews and niece and grandkids. To sum up a life in just a few short lines is very hard to do. As kids growing up in Roy, Utah we had a lot of good times. We lived next to a sand pit where we spent a lot of time playing hard and enjoying life. When I was 11 years old we moved to Layton Utah. There we spent our teen years doing the things we spent the rest of our lives trying to forget! But all-in-all life was good. Terry went into the Navy in 1965, when he got out I was in the Marine Corps, so for a few years we didn’t see each other much. Terry always liked being alone, never worried too much about anything, but he did spend some time with me after I married Gladwyn. We went fishing, hunting, swimming and enjoyed lots of family related activities. I was living in Washington State at the time and there were plenty of lakes around for spending good quality time together. But life goes on and Terry drifted off with Dad to Idaho Falls, and I didn’t see much of him after that. Many years later we reconnected, and he was able to come and stay with us in CA a couple of times after I was forced to retire because of my RA. Our time together was a blessing. He spent a good many years living with Mom during her retirement. He took Great care of her and was a very loving son and Brother. He spent a lot of time in his room watching movies, and reading down at the store where he had many friends who just loved him. Terry loved his western books, his favorite author being Louis Lamoure. Terry had a generous and kind heart and a smile that would touch your soul. Terry always had time for his brothers and sister, and no matter what conflicts arose, he loved each and every one of them with a fierce protectiveness. His passing is a loss we will all feel deeply for years to come, till we meet again one fine day in Heaven. Until then I’ll miss you brother, we’ll all miss you. God bless and Keep you.” Phyl

Terry Dan Collier 4/21/46 &#8211; 4/5/2018 Terry Dan Collier passed away peacefully in his sleep on morning of April 5th, 2018, in the home of his sister Dana, with his family surrounding him with love and prayers. Terry was preceded in death... View Obituary & Service Information

The family of Terry Dan Collier created this Life Tributes page to make it easy to share your memories.