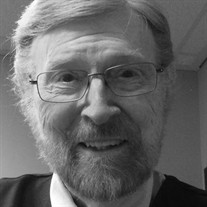 Thamer S. Hite “Tim” 1927-2017 Our beloved husband, father, grandfather, brother, and friend, Thamer, returned home to our Heavenly Father while surrounded by family on November 15, 2017. He passed away at the age of 90 due to natural causes. Thamer was born in West Columbia, South Carolina to Howard Seth and Annie Louise Shuler Hite on February 15, 1927. Thamer joined the Navy at the age of 17 serving our county in both World War II and Korean Wars. After World War II, he joined The Church of Jesus Christ of Latter Day Saints and served an LDS mission in the Southern States where his love for the teachings of our Savior grew strong. September 22, 1950 he was married Carol Wilson (later divorced). Years later he met Lynell Brunson, the love of his life, and became her eternal companion on December 27, 1985 in the Jordan River Temple. Cooking was something that Thamer not only enjoyed to do, but he did well. Word of Thamer’s cooking often attracted extra unexpected guests to the home, bringing family and friends closer together. Thamer had a good sense of humor and enjoyed a good joke. Thamer was a lifetime learner and had a deep love and appreciation of knowledge; his treasured collection of books was displayed on many shelves throughout the house. Those who knew him loved him as a family man of character with a kind, gentle heart. Barbering was Thamer’s passion. Diligent study led him to mastering his craft and becoming an expert in his trade. But to him it was more than being a barber. It was developing strong friendships, listening to what people had to say, and helping them feel special. Thamer had a heart of a teacher. He didn’t just teach students to barber, he taught them a way of life and how to become the best they can be. He believed in his students and enjoyed teaching them enough that he continued to teach up to two weeks before he passed. Overall, Thamer taught a combined 42 years at Salt Lake Community College and at The Barber School. Thamer is truly a legacy in the barber world. Our hearts are full of gratitude for the tremendous outpouring of appreciation, love and stories that have been shared with us regarding Thamer. These stories truly demonstrate love for him and how he impacted so many lives for the better. We will always cherish them. Thamer was preceded in death by his parents, brother, Thomas Howard Hite and daughter, Cynthia Hite. He is survived by his wife, Lynell Hite, sister, Mary Susan Hite (Boyd) Vinson, children: Patricia (Gene) Day, Steven Jeffrey (Julie) Hite, Melissa (Jeff) Smith, Debra Beaves, Paul Robert (Natasha) Kewene-Hite, Tricia Hite, Richard Hite (Rozalynn), Nathan Hite (Holly), Shanell Vance (Tyler), Camille Muir (Brayden) and many grandchildren and great-grandchildren. We love you . . . Until we meet again. Friends may call on Sunday, November 19, 2017 from 6:00 - 8:00 pm at 1409 W Shields Ln, South Jordan, UT. Funeral services will be held at the same location on Monday, November 20, 2017 at 11:00 am (with viewing 9:45 am to 10:45 am prior). Internment is at Mountain View Memorial, 3115 East 7800 South, Cottonwood Heights, Utah.

The family of Thamer S Hite created this Life Tributes page to make it easy to share your memories.