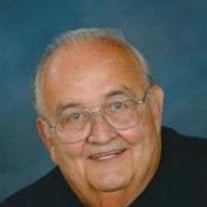 Thomas (Tom) Vern Davis was born on January 7, 1935 in Dubuque, Iowa, to Vern and Lucille Davis. Tom left his earthly body on Friday, August 2, 2013 at the age of 78. He passed away peacefully from his home in Roy, Utah in the loving presence of his wife and daughter. Tom was preceded in death by his infant twin brother, William, his father, Vern and stepmother Ardis Davis, and his mother, Lucille and stepfather Cornelius Troendle. Tom is survived by his wife of 56 years, Doris, and their daughter, Debora (David) Jones, also of Roy, Utah, as well as five grandchildren, seven great-grandchildren, brother Roger (Phyllis) Troendle, sister Becky (Gerald) Reppe, sister-in-law Catherine (Bobbie) Desmond, brothers-in-law Dwight (Marge) Royer, Merle (Wilma) Royer, Marvin (Bennie) Royer, loving nieces and nephews and a great host of friends. Tom proudly served his country with distinction as a member of the United States Air Force for 20 years and 29 days, being honorably discharged in 1978 from McClellan Air Force Base in Sacramento, California. Following his military career, he was employed as a dispatcher for the Sacramento City Police Department (SCPD), later transferring to the City of Sacramento Parking Enforcement Division, from which he retired in 1993 at the age of 58. Tom had several avocations. He was an avid gardener. He enjoyed working in his vegetable gardens as a boy in Scouting through many years as an adult. As a young man, Tom earned awards and medals from the National Rifle Association (NRA), of which he was a lifetime member, for his expert marksmanship. He was a licensed Amateur Radio Operator (WB6CKH) for many years, conversing and exchanging QSL cards with people around the world. He loved photography. His family and friends were often the happy recipients of his expert photo shots. He also enjoyed putting together slide shows and DVDs from the photographs he took, surrounding them with beautiful backgrounds of music and movement. Tom’s Christian faith was a vital part of his life. He received Jesus as his Savior and Lord in the early 1970s and became a member of the Free Methodist Church in Sacramento, California. Over the years, he grew remarkably in his relationship with the Lord. He loved Jesus and actively sought to share his faith. He was an avid student of the Word of God, especially enjoying in-depth studies of the Bible books of Daniel and Revelation. He taught adult Bible classes as well, which were greatly appreciated by the participants. Tom deeply loved his family. There was never a time, when his wife, Doris, and his daughter, Debora (Deb) were not the most important people in his life, nor are there words to describe the deep sense of loss they feel for this great man. To his wife he was husband and lover. To his daughter he was father and friend. Tom has now left his earthly body and those he loved so dearly for the glories of heaven and all eternity with his Lord and Savior, Jesus Christ. Tom’s remains will be placed in a niche interment in the Columbarium at the Utah Veterans Cemetery and Memorial Park in Bluffdale, Utah with military honors on August 14, 2013 at 1:00 P.M at 17111 camp Williams Rd. Bluffdale, UT. A Celebration of Life Service will be held Saturday, August 24, 2013 at 11:00 A.M. at the Washington Heights Church, 1770 E 6200 S, Ogden, Utah 84405. This loving and generous man will be greatly missed by all who knew him. With grateful appreciation for the medical attention Tom received from his doctors and nurses and the exceptional and loving end-of-life care given him by the skilled workers of the hospice care, the family suggests, in lieu of flowers, that donations be made to the Gentiva Hospice, 4905 S. 1500 W., Suite 100, Riverdale, Utah 84405 in the name of the late Thomas V. Davis.

Thomas (Tom) Vern Davis was born on January 7, 1935 in Dubuque, Iowa, to Vern and Lucille Davis. Tom left his earthly body on Friday, August 2, 2013 at the age of 78. He passed away peacefully from his home in Roy, Utah in the loving presence... View Obituary & Service Information

The family of Thomas Vern Davis created this Life Tributes page to make it easy to share your memories.