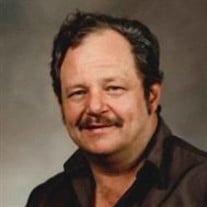 Thomas “Tom” Lee Nelson 2/26/1949 – 5/1/2021 Born in Salt Lake City, Utah to Carl Nelson and Helen May Nelson. Attended schools in Granger, Utah and graduated from Granger High School. Enlisted in the US Army 1967 – 1971, serving in Germany and Viet Nam. In Viet Nam he drove a wrecker recovering damaged helicopters. After returning home he found employment as an auto mechanic. Tom made friends wherever he went, those he worked with and those he served. He remembered names of most everyone he met. In 1972 he married Sharon Lee Stuart, they made their home in Kearns and West Valley City. Tom enjoyed bowling, golfing and reading or just being with friends and family. He had a positive attitude about life and whatever he did. Preceded in death by parents, brothers in law Scott Stuart, Cal Corbridge, and sister-in-law Susan Stuart. Survived by his wife, Sharon, sisters Sandy (Richard) Johnson, FranCine Corbridge, brother-in-law Steven (Barbara) Stuart, sisters-in-law Stacy Stuart, and Sonia Stuart. 13 nieces and nephews, and many who called him Uncle, a special Aunt Pat (Roger) Bredsguard. In lieu of flowers please donate to your favorite charity. A viewing will be held Friday, May 7th, 6 – 8 pm at the Church of Jesus Christ of Latter-day Saints, 3745 South 6400 West, West Valley City. Graveside services will be held Saturday, May 8th, 12:00 noon at the Oak City Cemetery in Oak City, Utah.

The family of Thomas Lee Nelson created this Life Tributes page to make it easy to share your memories.