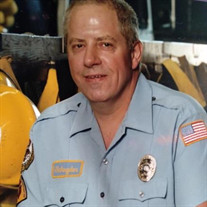 Thomas Alvin Schuyler 1949 – 2021 It is with great sorrow that we announce the passing of Thomas Alvin Schuyler. After a courageous battle with cancer, Thomas peacefully went home to our LORD on the early morning of June 15, 2021 in his home at the age of 71. Tom will be lovingly remembered by his wife, Marilynn, 3 children, William Schuyler (Susan Brown), Janet Rost (Erik) and Cynthia Santiago (Neto), his brother Don Schuyler (Audrey) and many other family and friends. Thomas was born on September 11, 1949 to Francis H. “Skip” and Edna (Koeppan) Schuyler in Greybull, Wyoming. He was the last of three sons, having two older brothers, Jim and Don. In his adolescence, he worked as a hay baler and in 1968, after graduating from Greybull High School he joined the United States Navy. He served in the Vietnam War and in 1970 he was Honorably discharged from the Navy. He then attended Northwest College in Powell and obtained a two year Welding Degree. After graduating college, Tom found himself back in Greybull working in his family’s owned establishment. “The Branding Iron Bar”. He also worked as a welder and in 1974, he met the love of his life, his soul mate, Marilynn Rissler. They would marry soon afterwards on November 2, 1974. Tom and Marilynn went on to raise together their son, William (12-18-1971) and shortly later have two daughters, Janet (5-4-1976) and Cynthia (07-30-1978). During this time, Tom worked on the Burlington Northern Railroad until an iinjury forced him to leave in 1980. Later, he would join the Wyoming Boys School as a Youth Development Worker and after approximately 30 years of dedication, he retired in 2013. Tom was also a volunteer at the Worland Fire Department and worked as a substitute teacher for the Worland/Basin area School districts. In 2013 he and his wife moved to Salt Lake City, Utah to enjoy their retirement. Thomas received many certificates and a Medal of Honor for serving as a seaman in the U.S. Navy. Thomas enjoyed fishing, camping, hunting, gardening and spending time with his grandchildren, family and friends. He had a big heart and loved to help in any way he could. He always put others before himself. He is preceded in death by his grandparents, parents, his older brother Jim and many aunts and uncles. He is survived by his wife Marilynn, 3 children, 8 grandchildren, his old brother Don and many nephews and a niece. Tom will be remember as a loving husband, dedicated father, educated grandfather, memorable uncle, helpful friend and as a great inspiration to all who knew him. Please join us for a Military Graveside Service at 10:00 am on June 25, 2021 at the Utah Veterans Cemetery and Memorial Park, 17111 South 1700 West, Bluffdale, UT, 84065. There will be a reception and remembrance gathering to follow at The American Legion Post 71, 3419 S. West Temple, Salt Lake City, UT 84115. Please make memory donations in honor of Thomas A. Schuyler to any Veteran’s Hospital or “The Wounded Warriors Project.”

Thomas Alvin Schuyler 1949 &#8211; 2021 It is with great sorrow that we announce the passing of Thomas Alvin Schuyler. After a courageous battle with cancer, Thomas peacefully went home to our LORD on the early morning of June 15, 2021 in... View Obituary & Service Information

The family of Thomas Alvin Schuyler created this Life Tributes page to make it easy to share your memories.

It is with great sorrow that...