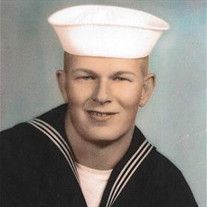 Timothy Gary Bargsley, 73, of Clinton Utah passed away January 13, 2018 in Ogden Utah with family at his side. Tim was born in Burnet Texas on November 20, 1944 to John Alvin and Anna Bird Dixon Bargsley and had three younger sisters growing up. His father worked building the highways throughout Texas and for many years the family moved where the work was, but eventually settled down in Victoria Texas where he enjoyed fishing, playing football and hanging out with his best friend. In 1963, Tim graduated from Victoria High School, spent a few months in college then decided to enlist in the U.S. Navy. He attended aircraft mechanic school in Memphis Tennessee and was ordered to Atsugi Japan, where in 1966 he met and married his first wife and had his first son. He was then stationed in Corpus Christi Texas where he had two more sons. Then he was stationed at Yokosuka Naval Base in Japan where he would spend the rest of his naval service. After 10 years working as an aircraft mechanic he moved to machinist mate. He worked at the Ship Repair Facility and sailed on the ships, U.S.S. Midway, Parsons, Knox and Towers until 1985, after 21 years of service he retired as a Chief Petty Officer. Upon his returning back to the United States, Tim decided to go back to College to earn his degree and to coach football. In the summer of 1985 he moved to Hyrum Utah to attend Utah State University and work as a Graduate Assistant football coach earning his Bachelor’s degree in 1989. He started working at Hill Air Force Base soon after graduating starting in the MWR Recreation center but soon moved to aircraft repair where he worked his way up to First Line Supervisor. It was here he met Lorna Mae Mecham and on September 29, 1990 in Farmington Utah, Tim and Lorna were married and added another son. Tim retired in 2016 and was able to go visit his sister, nieces and their families in Texas, visit the Grand Canyon and attend most of the USU Aggie Home football games. He really wanted to go back east to see his sons and their wives, meet his only grandson and to see the old colonial homes and visit Civil War battlegrounds. He had quite a few interests and hobbies over the years. He liked driving his 4x4 on the beaches in Texas and fishing the Gulf of Mexico. He was a certified SCUBA diver, diving around Japan and the Philippines. He read lots of books, loved to grill up good bar-b-que. He played and coached on the base football teams until he was 40 and if he wasn't at sea, he would help coach the high school football team. Spending time with his grandkids was the greatest joy late in his life and would have done anything for them. He was preceded in death by his parents John and Anna, his sisters Penny Edwards and Polly Austin. Tim is survived by his wife Lorna, sister Pam Seals Sons John (Karen) of Concord, NC; James of Clinton UT; Jerry (Amanda) of Lebanon, PA and Sheldon (Monti) of North Ogden; granddaughters Jordyn, Nevada, Sierra; grandson Blake; and great granddaughters Harper and Lennyn. There will be a viewing Monday from 6pm-8pm @ Premier Funeral Services 5335 S. 1950 W. Roy, Utah. Tuesday morning there will be a viewing from 9:30am to 10:30am. The Funeral Services will begin at 10:30 at the Clinton North Stake, 1448 W. 1800 N. Clinton, Utah. The family would like to thank everyone for their thoughts and prayers and for their comfort and care and thank you to all those who are helping the family in our time of loss.

Timothy Gary Bargsley, 73, of Clinton Utah passed away January 13, 2018 in Ogden Utah with family at his side. Tim was born in Burnet Texas on November 20, 1944 to John Alvin and Anna Bird Dixon Bargsley and had three younger sisters growing... View Obituary & Service Information

The family of Timothy Gary Bargsley created this Life Tributes page to make it easy to share your memories.