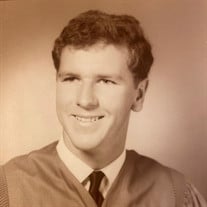 Tim never met a stranger without his warm smile or his ability to engage anyone into a cheerful conversation. His caring for others was exhibited through his many genuine acts of kindness. Tim was always helping his family, friends and neighbors in any way he could. Tim was born on his dads birthday to Parley Fay and Betty Ann Love on a snowy morning in Salt Lake City. When he left us it was also a snowy and quiet day. Tim was preceded in death by his parents and also his brothers Gary and Don. He is survived by his sisters Judy, Susan, Trish, and Janet. Also by many nieces, nephews, and great nieces and nephews. Tim Graduated from East High school. He went on to pursue additional education at the University of Utah. He then attended Utah Technical College and graduated with honors in Diesel Mechanics. Tim was always working. Starting with the Salt Lake City Parks Department in high school. Then moving on to spending several years working at F.G. Ferre & Son as a welder. When he moved to Maui he worked for the Dole Pineapple Company. When he returned home he spent many more years as a property manager for the Love family business. Tim loved to ski and water ski. He learned to ski with his friend Roger Bills. They would catch the bus up to Brighton to take lessons. Roger said "Tim you were so much better than I because you never broke your leg twice like I did." Tim also learned to water ski at the Love family Bear Lake property with the help of his cousins the Lortshers. Tim had a great love for animals. He was always helping the C.A.M.P.S. animal rescue group transport dogs to and from adoption events. He adopted 5 dogs that were said to be unadoptable. But with his kindness, patience, and love they all became happy loving dogs. They would not have been able to have a home without him. Tim also had a great love for his many trucks, his classic muscle car, and his Honda. He was constantly outside tinkering with them. Swapping engines, transmissions, changing tires or fixing any other problems. He was always teaching his nephews about cars and tools and how to fix them. During the past six years, Tim and Trish were constant companions. They loved sitting outside with the dogs having their coffee and meals while talking together and watching the birds. In his last weeks, Tim was surrounded with the love of his family, friends and neighbors. Tim was like sunshine on a cloudy day for so many people. He will always be loved and greatly missed. A memorial gathering will be held at a later date. In Tim's honor, donations can be made to the Utah Animal Advocacy Foundation at uaaf.org or a charity of your choosing would be welcomed by the family.

Tim never met a stranger without his warm smile or his ability to engage anyone into a cheerful conversation. His caring for others was exhibited through his many genuine acts of kindness. Tim was always helping his family, friends and neighbors... View Obituary & Service Information

The family of Timothy Parley Love created this Life Tributes page to make it easy to share your memories.

Tim never met a stranger without his warm smile or his ability...