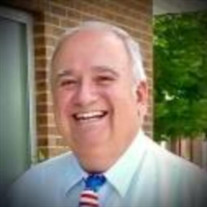 Timothy John Mac Gillvray 1943 – 2021 Timothy John Mac Gillvray passed away on October 23, 2021 in West Jordan, Utah. He was 78. Tim was born in Los Angeles, California on July 22, 1943. His parents, John Joseph and Patricia Vivian (McGowan) MacGillvray were loving and doted on Timmy; their only child. Tim was raised primarily in Downey, California where he attended St. Bridget’s Catholic School with dear nuns he warmly reminisced about, and that he loved to charm. Tim was in the Air Force and was stationed in Japan early in his service years. He was proud of his service and of being a Veteran. Tim went on to get his higher education and attended Long Beach State, Washington State University, and The University of Maryland, ultimately earning his Ph.D. in the field of Economics. While a student, Tim worked for the Southern Pacific Railroad in Los Angeles. In the late 1960s Tim met E. Leslie Todd. They both had VW Bugs, his a blue sporty model, and hers a yellow convertible. They were married on June 10, 1967. They have four children, Marcie, Todd, Sara, and Andrew. Tim and Leslie lived mostly in Southern California, with other stints in Washington, Northern California, Wyoming, and Utah. Early in their marriage, Tim and Leslie were introduced and baptized into The Church of Jesus Christ of Latter-day Saints, making a huge impact on their lives. Tim was devoted to his faith and enjoyed serving in many callings, some of the memorable callings being Scout Master, Temple Veil Worker, and High Priest Group Leader. Tim shared his love of nature and adventure with his children, going on road and camping trips across the western United States. He took his family to Yellowstone, Mt. Rushmore, Victoria, Canada, and some beautiful beach camping trips along the California coast in their small trailer. He loved his Rams football team and enjoyed watching a good tennis match. Tim was always a generous and jovial individual. He was extremely photogenic, never failing to light up a photograph with his “toothpaste-ad” smile and cheerful demeanor. He loved his See’s Candies (dark) chocolates, riding to See’s on his bike from the time he was an adolescent. See’s was easily the best gift to give Tim for any occasion, truly a life-long love affair. He enjoyed cake (buttercream frosted) too, and a fresh strawberry Marie Calendar’s pie put a smile on his face. He would leave most tips at restaurants in $2 bills and always had several to give to his children and even more to his grandchildren. Having grown up in Los Angeles and going to the movie houses, Tim loved the movies, especially Disney, James Bond, most black and white movies; accumulating impressive VHS and DVD collection of many of his favorites. Tim’s career was spent working for the Department of Interior as an economist for “Uncle Sam” under the auspices of the US Geological Survey, the Minerals Management Service, and the Bureau of Land Management. Throughout life he enjoyed higher math (especially calculus and statistics), helped his family and others learn it, and was engaged as a tax preparer and substitute high school teacher in his later years. In 2010, he lost his wife of 43 years, Leslie, while they were living in Riverton, Utah. He went on to marry Sherri (Waters) Buchi and they enjoyed these last 11 years of marriage, spending time with family and going between Utah and Florida. He made close friends with his new brother-in-law Sid Waters and enjoyed a true kinship and brotherhood with Sid. Sherri was a devoted and loving companion to Tim until the end. Tim was preceded in death by his parents, John & Patricia MacGillvray, his wife, E. Leslie Todd, grandson Aiden Mac Gillvray, stepson, Derek Buchi, and two brothers-in-law Sid Waters and Ren Waters. He is survived by his four children: Marcie Lorraine (Jay) Thornbrugh, Todd John (Jennifer) Mac Gillvray, Sara Anne (James) Ellertson, and son Andrew Timothy (Summer) Mac Gillvray and their children: Mary, Jorma, Isabel (Miguel), Ethan, Alex, Bryce, Haylee, Rebecca, Rory, Katie, Kyle, and Avery. Tim is also survived by his stepchildren: Tami (Rocky) Yingling, Brett (Jodi) Buchi, Kristin (Shane) Tillotson, Erin (Vance) Thomas, Traci (Chad) McDaniel, and their children: Jameson (Taymar), Teagan (Liz), Maddie (Jordan), Alyssa (Dakoda), Kylie (Jordan), Eric, Jacob (Paige), Sierra, Whitney, Jayden, Jordan, Ryleigh, Camilla, Samantha, Tristan, Keeton, Tanner, Jaxon, Taylor, Nya, Griffin, and Izzy. Greatgranchildren: Avery, Aidyn, NyEllie, Jantzen, Mitch, Miller, and Traecen. And sisters-in-law, Janice Sidwell and Susan Robertson. Tim leaves a beautiful legacy and many fond memories of love. A graveside service in Tim’s honor will be held on Friday October 29, 2021, 11:00am at Orem City Cemetery (1520 N 800 E, Orem, Utah) in the Veteran’s section. Following the service, a luncheon for family and friends will be held at 2:00pm, 8150 South Grizzly Way, West Jordan, Utah. With concern for the ongoing pandemic, please consider wearing a mask if you are unvaccinated.

The family of Timothy John Mac Gillvray created this Life Tributes page to make it easy to share your memories.