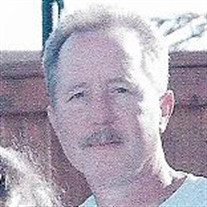 Timothy Brian Ward was born on March 15th, 1962, in Evansville, Indiana. As a young boy, he and his family moved to Costa Mesa, California, which is where he spent the majority of his childhood into his teenage years. Growing up, he enjoyed scouts, playing the saxophone, and baseball, of which he excelled at in high school. Tim graduated Newport Harbor High School in 1980 and went to Orange Coast College where he received Associates of Arts Degree in electrical engineering in 1982. Tim began work at Parker Hannifin, an aerospace engineering company, in 1987 as a Quality Control Engineer/Electronics Technician. In 1988, Tim married Linda Rose Borelli and began their life together. In 1992, their first son, Taylor Michael Ward was born in El Toro, California. In 1993, Tim and Linda’s second child, a daughter named Lynzee Rose Ward was born. In 1994, Tim and his family moved to Washington Terrace, Utah, and he continued to work for Parker Hannifin. In 1997, Blake Jordan Ward, who was Tim and Linda Ward’s third and final child, was born in Ogden, Utah. Tim continued to work for Parker Hannifin for a total of 34 years. He was a very hard worker and he made very close friends at the company. Tim enjoyed the outdoor sports, mostly fishing and hunting, which he became very good at throughout his life. He spent most of his free time out on many lakes in Utah, Idaho, and California on his boat, living the dream. Tim was never afraid of hard work, a trait that he instilled into all of his children. He also was very honest, kind, and tough. He was an outstanding person whom you could always go to for any kind of help. Tim passed away on May 26th, 2021 due to Hepatocellular Carcinoma, a form of liver cancer. He had a very courageous battle against the disease and he fought it until the very end. He passed away very peacefully surrounded by his loved ones in his home in Washington Terrace, Utah. Tim is survived by his three children: Taylor, Lynzee, and Blake Ward, his wife, Linda Borelli-Ward, his daughter-in-law, Myranda Ward, his granddaughter, Adele Rayne Ward, his brother, James Patrick Ward Jr., his sister-in-law, Hildy Ward, his half-sister, Carleen Young, and his mother, Sharon Lee Ward. He will be missed, but his legacy will continue to live on through his friends and family. There is no doubt that he his fishing with his father, James Patrick Ward Sr., up in Heaven with his three dogs that have passed: Sporty, Sparky, and Daisy.

Timothy Brian Ward was born on March 15th, 1962, in Evansville, Indiana. As a young boy, he and his family moved to Costa Mesa, California, which is where he spent the majority of his childhood into his teenage years. Growing up, he enjoyed... View Obituary & Service Information

The family of Timothy Brian Ward created this Life Tributes page to make it easy to share your memories.